Gisborne has voted in its youngest-ever councillor, Isaac Hughes, after a by-election for the city ward. 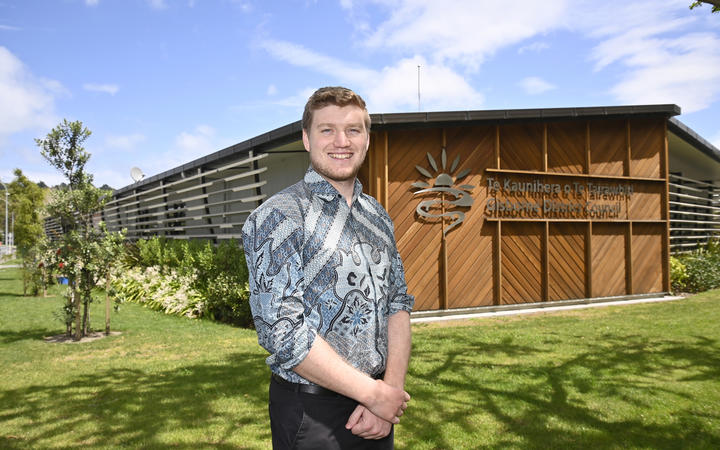 Hughes, 27, who was raised on the East Coast and grew up speaking te reo Māori, said he was "happy but nervous" after hearing the news today.

Hughes said a core attribute which he hoped to bring to the council table was his ability to "listen to both sides".

"As much as I've formed views, I'm not set in my views, partly due to my age and maybe hopefully who I am."

He believed he could connect with people on "polar opposites of the view spectrum", and hear them out, and also hoped he could work on "bridging the gap between the people and the council".

Hughes grew up as the oldest of six children in Tokomaru Bay. He was homeschooled by his mother and through correspondence, and te reo Māori was his first language up to the age of seven.

"I used to do national Māori speech competitions," he said.

"I won a couple of those. That was always quite funny because I would go onstage, and I was super skinny, super white, and everyone would be almost laughing at me, and then I would start talking and it was all good."

He moved to Gisborne when he was 18 and completed a Bachelor of Business Studies at EIT Tairāwhiti, and worked a year at Pak'nSave to "pay for my way".

"As part of this campaigning process, I've gone on the street, I've talked to hundreds of people and found out what they want - and that's really what it comes down to.

"I can have my own ideas but at the end of the day, I'm there to represent the people who voted."

He conceded that was tough "because all of them want different things", but said that would be his job as a councillor - "to weigh up the pros and cons of each position".

He also had an eye on the council's finances.

"I think the main thing is just cutting wasteful council spending and keeping council to its core function, and making sure it does that well in the first instance."

Hughes will be sworn in on Monday morning and then will be "straight into it" with an extraordinary meeting where councillors will make a decision on Maori wards.

Mayor Rehette Stoltz said they were "delighted" he was joining the team.

"He brings with him a youth perspective, energy, obviously his accounting background and a lot of community involvement."

Stoltz also thanked the other candidates.

"It's not easy putting yourself out there, so I do want to thank the people who went out of their way to be part of the process."

The by-election was triggered after Amber Dunn resigned on 19 August.