Analysis - Judith Collins has held onto the National Party leadership and has a new wingman - Dr Shane Reti. 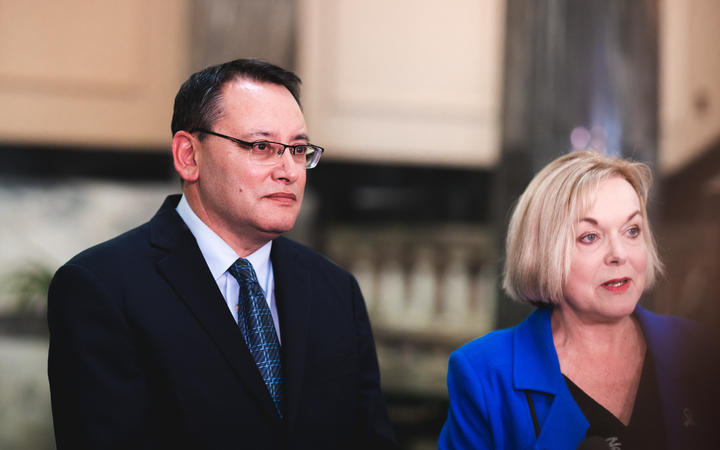 All eyes are now turning to who will get what in Collins' shadow cabinet, which will be announced at 1.30pm today.

The finance portfolio looks certain to be up for grabs and with so few MPs there are plenty of jobs to go round.

In the lead-up to the election, on the back of one implosion after another, it was the old guard - Collins and Gerry Brownlee - who stepped up to lead the party.

After a disastrous showing, including as campaign chair, Brownlee has thrown in the towel and yesterday the little-known-until-recently Shane Reti, took over as deputy.

The caucus unanimously backed him.

"Caucus has seen me as a safe pair of hands, as a trusted pair of hands and a hard-working pair of hands. All attributes that Gerry has of course as well, but caucus have asked me to step forward into this role today,'' Reti said.

With just 33 MPs, compared with the 56 the National Party won at the last election, Collins will be on the hunt for a few more pairs of safe hands.

Picking a shadow cabinet and assigning portfolios is no easy task - made more difficult by having a shell of a caucus remaining.

"And everyone will have their role to play, and some of them would like to see it slightly differently and all that, but the best way to get forward is just to focus on what we need to do,'' she says.

Some MPs will get rewarded with a promotion, like former chief whip Barbara Kuriger - one of the few to hold onto her seat in the red tidalwave.

"Barbara Kuriger specifically told me that she had had about three years in the job, she's been outstanding in that,'' Collins said.

"And she really really wanted some portfolios to get her teeth into so she's getting exactly that.''

Others could be at risk of a fall as Collins tries to heal wounds in the caucus after a string of leaders and deputies.

But Nicola Willis, who was promoted after Todd Muller's coup over Simon Bridges, claims the entire caucus is responsible for mistakes of the past.

"I think you'll find the caucus elected Todd Muller as leader. I was a member of the caucus and caucus takes responsibility for leadership decisions.''

In some cases MPs were happy to share their aspirations.

Mark Mitchell, another MP who managed to hold onto his seat, reckons he's ready to join the economic team.

"I've been happy to pass on defence to someone else because I've had that for four years.

"But I've asked for an economic portfolio and I also have sport and recreation, and I've requested that I hang onto sport and rec.''

He might not be disappointed either, with Collins hinting he's in line for a reward.

"He's got some really good stuff coming for him in terms of portfolios and I really want to value his work.''

To try and fill the gaps, Collins could end up in a position where new MPs will be given jobs that in any other parliamentary term would be considered above their pay grades.

Former Air New Zealand chief executive turned Botany MP Chris Luxon could be one of those, along with Selwyn MP Nicola Grigg, who formerly worked for Bill English.

But Collins is keeping tight-lipped on portfolios other than the obvious.

"Doctor Shane and I are working through some of those, but in particular I can say he'll take the health portfolio.''

Today's announcement will be no minor reshuffle as Collins tries to pitch her best attack dogs against Jacinda Ardern's strongest ministers.

"I think people will be quite surprised by some of the changes,'' she said.

After three years of criticising Labour for its dearth of talent, Collins now needs to spread her own, much smaller pool as widely as possible.