Māori Party co-leader John Tamihere says six of the Māori electorates are in play for the 2023 election, and his party has started its campaign today. 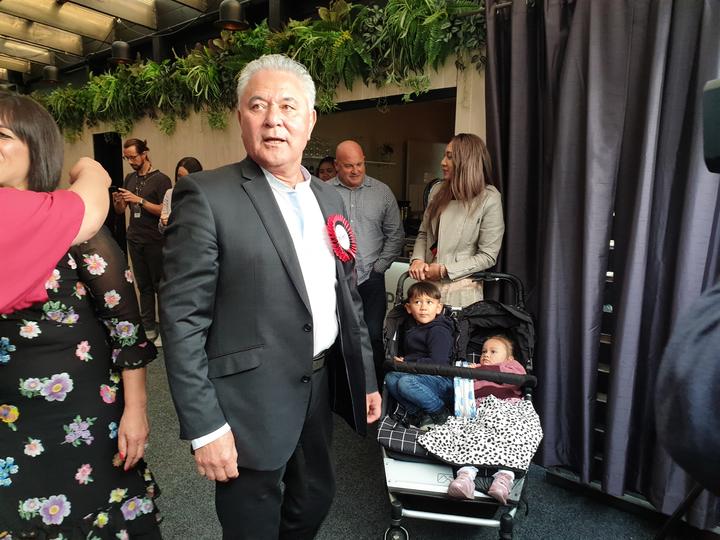 The party is at this point back in Parliament after Rawiri Waititi won the Waiariki electorate from Labour's Tamati Coffey by 415 votes - although the special votes may change that result.

Tamihere told RNZ the Māori party has to be relentless.

"We're that driven, that organised, and that committed as a group and right now today, our full leadership and all candidates are meeting our here in the West to put in place our full three-year plan."

Asked if this election result is a "warning shot" to Labour's Māori MPs, he says all of the Māori electorate seats aside from Nanaia Mahuta's - Hauraki-Waikato - will be in play in 2023.

As for Waititi's result, he says: "We're elated, there was a red tsunami coming for everybody so we were lucky to breach that tsunami with Waiariki and in 2023 a number of those Māori seats are back in play. So we did an extraordinary job. We had only one opposition, it was Labour and we are the only party that got on top of them in Waiariki and came close in two others.

"We had to get what we call an unapologetic and liberated Māori voice back in the House that doesn't walk into a Caucus, get voted down, then National walk out and pretend a good deal has been done.

"Right now, just our influence on our policy suite has forced Labour's position to come a lot closer to where we wanted to land and if we hadn't been in the contest we would not have got that. If we hadn't run such a campaign ... we wouldn't have been able to win some of those concessions.

"He (Waititi) got out of the gate a lot earlier in terms of messaging, he made it clear he was only after the candidate vote and we knew in May ... that we were up against a major hurdle in terms of trying to go for a two tick campaign in the Māori seats.

"The second thing is it is the most Māori-centric seat of all Māori seats because it take in two federations ... and he comes from a senior line in both those areas. So he was the outstanding candidate that reached across two confederations and was able to talk because Māori is his first language."

He says the party's total focus was to get a voice back in the House while up against a formidable opponent.

"You have to choose your tactics on the landscape you're facing in a particular election year. We did it, we're very happy with it - we're back in the house."

He says there's a chance of getting one "coattail" when the special votes come in.

He's anticipating that Waititi will keep the lead in Waiariki after they are counted.

"He has huge huge expectations on his shoulders. Not just from his electorate but from Māori people up and down the country. He will be well supported in there. We're not going away.