Labour's promise to ban conversion therapy is being welcomed by the Greens, rejected by ACT, but National is staying tight-lipped. 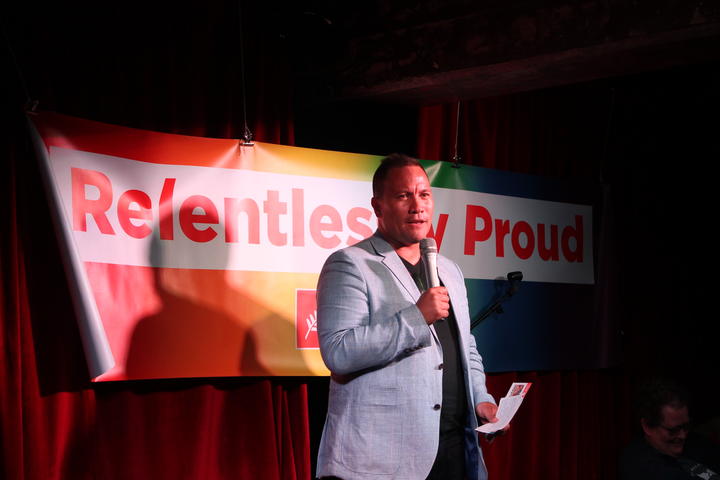 Labour's Rainbow spokesperson Tāmati Coffey says conversion therapy is a practice which causes harm and which would be banned under a re-elected Labour government. Photo: RNZ / Harry Lock

The party announced its Rainbow policies in central Wellington yesterday.

As part of the policy package, it also promised more gender neutral toilets in schools, and additional funding for mental health services.

Conversion therapy is described by US-based charity The Trevor Project as "dangerous and discredited practices aimed at changing an individual's sexual orientation or gender identity."

A 2018 TVNZ documentary found conversion therapy is available in New Zealand, and is most often practised in private and faith-based institutions.

A recent survey, Counting Ourselves, found that more than one in six research participants reported that they had experienced reparative therapy - that is, a professional had tried to stop them from being trans or non-binary.

"Conversion therapy is based on the misguided idea that people are wrong or broken because of their sexual orientation or gender identity," Labour's Rainbow spokesperson Tāmati Coffey said. "This is fundamentally wrong."

Labour joins the Greens as the only parties to have promised to ban conversion therapy.

"That's why it will be banned under a re-elected Labour government.

"It is a practice that causes harm and is out of place in the kind, inclusive and modern country we are."

The damage of conversion therapy

The policy for Labour has been shaped by Paul Stevens, who was featured in the TVNZ documentary. He was sent to a counsellor by his church when he was a child.

"He told me I wasn't gay, and said I could change who I was," he said.

"He told me that I didn't need to be gay.

"I realised later how much damage that did - it really held me back in terms of my journey because I wasn't able to accept myself when I was told by someone in a privileged position - someone I respected - that I didn't have to be gay." 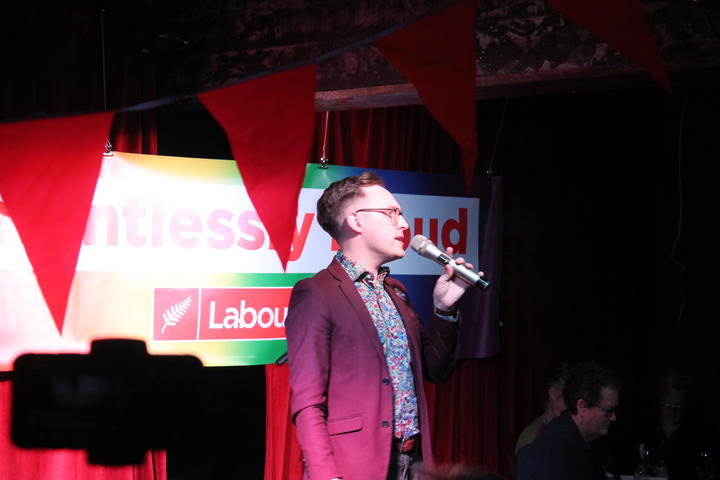 Stevens now works as the Labour Party's Rainbow representative and has helped push this policy to the fore.

Two petitions were presented to Parliament in 2018, calling for the banning of the practice. They had amassed 20,000 signatures between them.

The director of Auckland Pride, Max Tweedie, presented one of the petitions to Parliament in his previous role as leader of the Young Greens.

"A ban from the government would send quite a strong message, not just to those who have those backwards beliefs, that practise it.

"But also to the Rainbow community in general, that there's nothing wrong with them, and they can't be changed, and they should be accepted and loved for who they are."

It's not known how many people are subjected to conversion therapy. One recent New Zealand-based study found one in six people had a professional try to stop them from being trans or non-binary.

"It's proven to be harmful - there have been studies done in the United States specifically that show that conversion therapy is extremely harmful to the mental health and well-being of members of the Rainbow community, especially young people."

In their Rainbow policy package, Labour is promising to create better access, support and treatment through the health system to the needs to trans, intersex and gender diverse people.

The Greens rainbow spokesperson, Jan Logie, said they support the proposals, but would also want to see an Office for Rainbow Communities set up.

"There are offices for basically every significant population group, except the LGBTQIA+ community.

"The fact we don't have one is a result of our history, and of still embedded discrimination."

National did not want to comment on whether it supported the banning of conversion therapy.

ACT says while it does not think the therapy should be practised, it does not support a ban.

Alongside the ban, Labour has also promised to invest $4 million in existing Rainbow youth mental health services, and will work with schools to provide gender neutral bathrooms.

The party has promised to create better access, support and treatment through the health system to meet the needs of trans, intersex and gender diverse people.

Labour would also undertake a review of adoption and surrogacy policies would also be undertaken to remove discriminatory policies.

"I know from my own experience, where my partner and I had to formally adopt our own biological son, that we need to modernise the law," Tāmati Coffey said.