Labour is promising to more than triple the emergency grant for low income people desperately needing to go to the dentist. 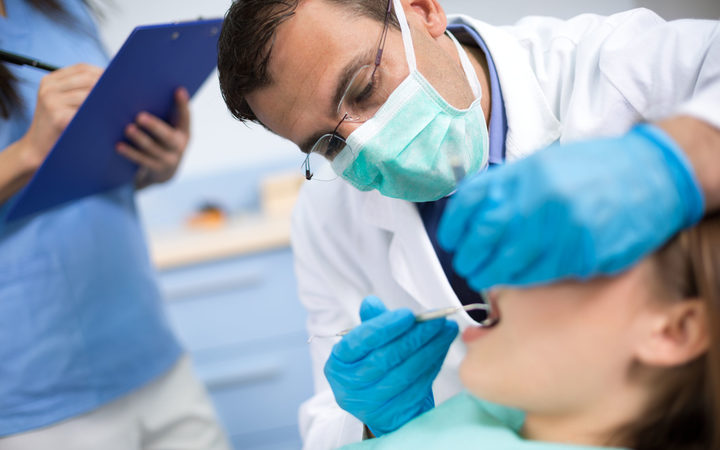 This morning the party's leader Jacinda Ardern and health spokesperson Chris Hipkins will lay out the details of their health policy with less than three weeks until the election.

RNZ understands one element of the policy is increasing the amount of money people on low incomes can access to pay for urgent dental care.

The current maximum grant for emergency help through Work and Income is $300 and it's understood Labour will announce a policy to increase it to $1000.

In addition, school-aged children living in remote and hard to reach areas look set to benefit from an investment in up to 20 additional mobile dental clinics with full services, if Labour is back in power.

The policy comes after National announced its own dental policy two weeks ago, where it promised to spend an extra $30 million on improving services, including a free toothbrush, toothpaste and information pack each year for children.

National said the $30m will increase funding for childhood dental services by 30 percent, up from $100m, and is expected to net five times the benefit compared to the cost.

Free or improved access to dental care has been part of Labour and National's political rhetoric for years, but only the Greens have committed to making it free.

It's currently free in New Zealand up until the age of 18.

Both National and Labour have ruled out a sugar tax.

RNZ also understands today's health announcement will include a cash injection for Pharmac - the government agency that determines what medical products are funded.

It's understood Ardern and Hipkins will today announce an extra $200m in funding.

The full policy release will be made at 10am today at a Pasifika health and social services provider in South Auckland.

Paediatric dentist and Dental Association president Katie Ayers is thrilled with this news.

The increased grant was "step one of the comprehensive plan to improve access to care that we have been recommending to politicians of all persuasions over the last 18 months".

Ayers told Morning Report it would help alleviate infection and pain in the target group.

"We're also looking forward to hearing about the progress of the water fluoridation bill because this will have much effect on preventing dental problems in the first place."

She said in her 25 years of being a dentist, the dental emergency fund had not kept up with inflation.

"For $1000 per individual, we can get them close to dentally fit. This will make a huge improvement for those people and can also get them back into employment."

She also commended National's policy to improve dental services, including a free toothbrush and information pack for children.

Ayers said if children had good oral health, that was likely to carry through to adulthood, but there were a number of adults who were already falling through the cracks.

"Finally people are starting to accept that oral health is part of general health."