The Opportunities Party is encouraging its supporters to vote in favour of the Cannabis Legalisation and Control Bill in the upcoming referendum. 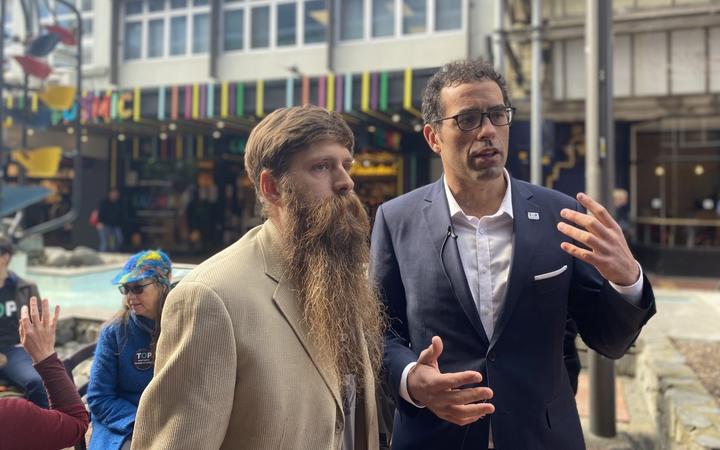 The referendum asks voters if they support the proposed bill, which would make recreational cannabis legal to consume in some circumstances.

If the majority of New Zealanders support the proposed legislation, the incoming government can introduce it to Parliament, where it would later proceed to the select committee stage.

TOP is promising to allow local councils to set and enforce Local Area Policies, so the visibility of recreational cannabis is controlled if elected in October.

The party launched its cannabis and drug reform policy in Wellington this morning at a pop-up cannabis cafe in the central city.

"Wellington, known for its more liberal culture, might want an Amsterdam-style café culture, whereas more conservative communities may want to keep cannabis dispensaries at a distance for now," TOP leader Geoff Simmons said.

"It's important that Kiwis feel that this legislation empowers them to make the right choice for their area, rather than an all-encompassing blanket approach."

The party is also promising to use revenue from the cannabis market to fund social services and expand the drug courts nationwide.