The prime minister says it will most likely be weeks before New Zealand can reach the tail on the chain of transmission on Auckland's Covid-19 cluster. 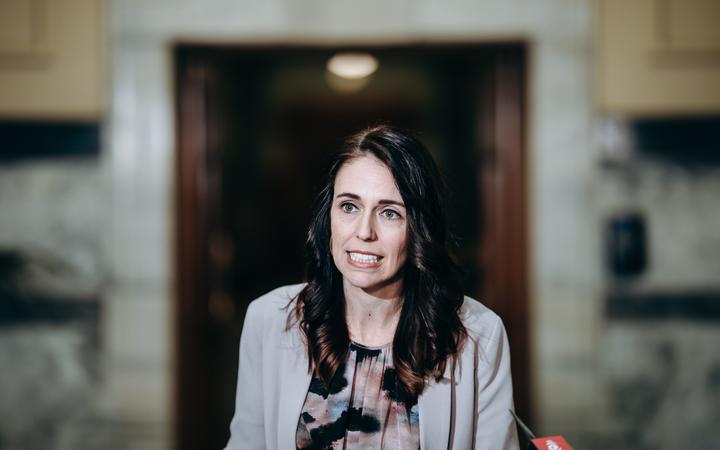 Jacinda Ardern told Morning Report that it was possible the country and Auckland would drop alert levels with cases still being reported that were linked to the cluster.

"Modelling for clusters is quite hard but we've simply looked at our clusters in New Zealand in the past," she said, noting the Bluff wedding cluster which had 98 cases.

"The longest tail we had off a cluster in New Zealand was roughly around the 12 or 13-week mark. This one should be a bit different obviously in the way it's being managed, there's variables in all of them but I do expect it will take us some time to see the end."

She said this was not a change in strategy and level 2 had provisions for active clusters.

"It's when you have cases outside of that cluster and you don't have control around that cluster that that's really problematic. No-one is suggesting for a moment that we would stay in level 3 restrictions until we saw the tail end of it."

From here until the extended restrictions in Auckland are due to expire - on Sunday midnight - if there are unlinked cases or outbreaks the government may reconsider its decision on the alert level.

"But at this stage, there's nothing to suggest that will be the case," Ardern said.

She reiterated her comments in the briefing that the elimination strategy remained, and that did not always necessarily require a full level 4 lockdown every time an outbreak happened.

"We did have cases outside of alert level 4 [previously]. The idea that you would keep New Zealand at alert level 4 until you deal with the tail end of the cluster, I haven't heard widely suggested.

"What we also continue to aspire to is to do that with the lowest level of restrictions that we safely can.

"This happens to be a very particular example of where when we discovered it, it probably had been in circulation for a couple of weeks so we did needed to take stronger measures."

Yesterday, eight new community cases were confirmed - all linked to the existing cluster, which now has a total of 101 active cases.

But Ardern said the number of cases linked to the cluster that emerged daily would not necessarily have an impact on decisions, because they were often family members or those already identified as being exposed.

"That's of less concern than if you see cases just bubbling up and being found through community surveillance."

Another factor that was considered in the extension of restrictions was the increased risk to the rest of the country from Auckland, Ardern said.

"We know from the cluster modelling that has been done - even though it's highly variable - there's an assumption that roughly a 95 percent chance of a cluster, by the time its discovered, likely having moved to another part of the country," she said, noting the cases that were found Tokoroa.

But she also rejected suggestions that the decisions on alert levels took into account politics, saying that they've been based on science and evidence "that the best response for the economy is one that minimises health impacts".