Covered up faces and social distancing looks to be with us for some time yet. 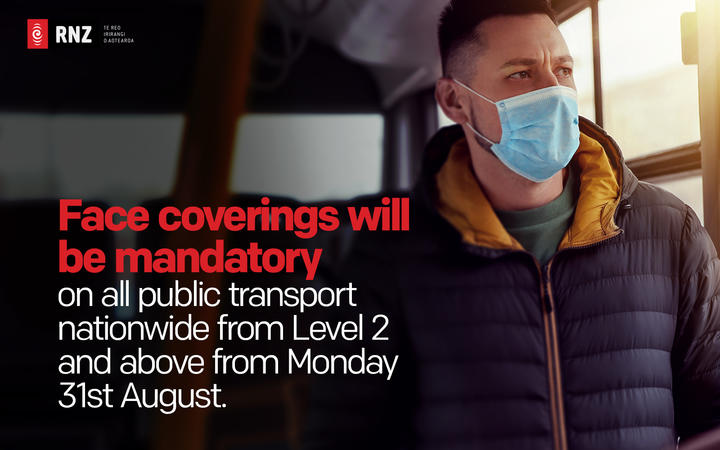 Auckland is to endure an extra four days of level 3 lockdown - then on Monday the country's biggest city will join the rest of New Zealand at level 2, but with some caveats.

Mass gatherings will be restricted to just 10 people in Auckland, with the exception of funerals and tangihanga where 50 will be the limit.

And as long as the whole country remains at level 2, face coverings will be mandatory for everyone using public transport, planes, ubers and taxis.

Whether or not the public should wear a mask soon will not be a question up for debate.

"We're not mandating a singular type of mask, it is a face covering. So as long as people are making efforts to cover their face, we encourage they look up advice on the best forms of that, that would then satisfy that order,'' Prime Minister Jacinda Ardern says.

Catching a bus to work, hopping on a train or grabbing an uber home after a night out will require a face covering from Monday.

Director-General of Health Dr Ashley Bloomfield recommended that rule for level 3 and above but Cabinet went further, mandating it from level 2.

"We thought it was definitely worth doing and it was a line call about whether you mandate it or whether you strongly encourage, and Cabinet has gone with the mandating for level 2 and above,'' he says. 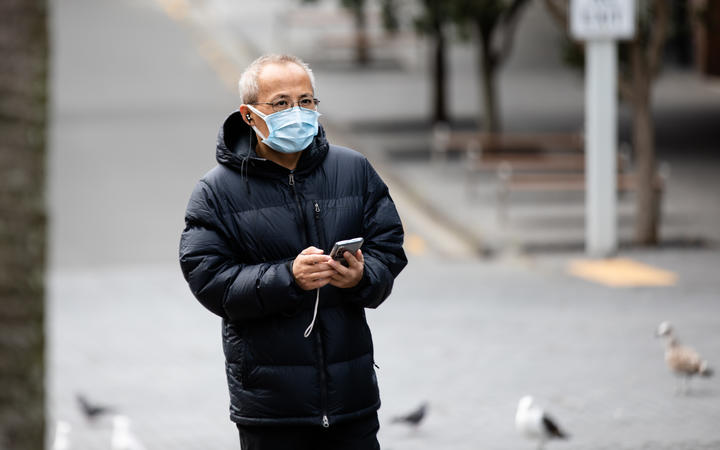 Ardern says the onus will be on drivers to stop those flouting the rules from boarding.

"Entry will be mandated at level 2 or above on someone having a face covering,'' she says.

And for any vigilantes planning on taking the law into their own hands, Ardern has this message.

"I'd just ask other users of public transport to have faith that we will enforce it and that they therefore don't need to."

Bloomfield says mandated face coverings could make the difference when it comes to future yo-yoing between alert levels.

"If use of masks on public transport at alert level 2, alongside all our other tools, helps us avoid going up to alert level 3, then I think that's a very good idea,'' he says.

But those in the industry now tasked with enforcing the rules are not convinced it will be that easy.

The executive director of the New Zealand Taxi Federation, John Hart, says maskless passengers could be put in harm's way if drivers refuse to give them a ride home.

And, he says some rideshare operators may not care to police their customers.

"The structure of the industry as it is now where there are lots of people who come out in the family car and get whatever work they can and they're not responsible to anyone, I think it's highly likely that many of those will simply ignore the law," Hart says.

The prime minister says the case for covering up has been made by the community transmission cases in Auckland involving public transport.

And while there will not be many exemptions, Bloomfield says children up to the age of 10 are likely to be excluded.

ACT Party leader David Seymour is accusing the government of making it up as they go for the most part, but on masks he says the right call has been made.

"Clearly our species is under attack from a virus. We need to defend ourselves against it.''

But he says eliminating Covid-19 also needs to be affordable.

Ardern is insisting there will not be a supply shortage when it comes to masks and people do not need to rush out and panic-buy.

National Party leader Judith Collins says it's about time for the mandating of masks.

"Some of us have been wearing masks when sharing cars or anything like that. I think it's really important to have that compulsory and for people to say 'what about the drivers having to deal with it?' Well drivers shouldn't be having their health put at risk," she says.

With the Auckland lockdown continuing political leaders will be staying put in Wellington, and Parliament will meet again today and tomorrow.

Next Friday it is likely the prime minister will address the public over alert level settings that are due to expire on Sunday 6 September.