Analysis: The prime minister's decision to delay the election pleases nearly everyone, the National leader Judith Collins holds her accountable for the Covid-19 outbreak, and her party announces its own protection plan. 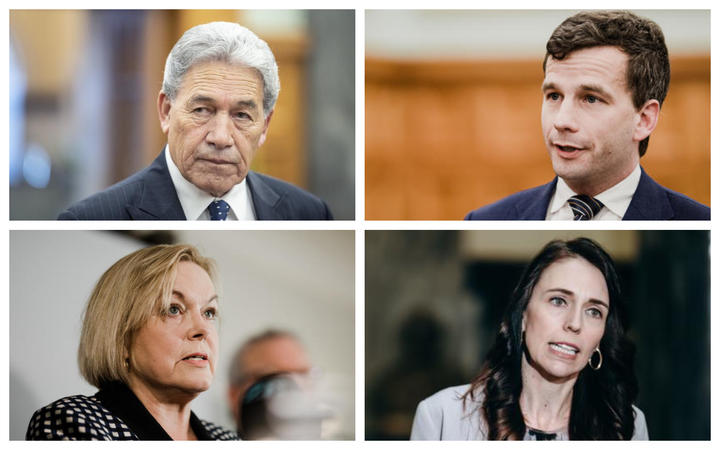 Jacinda Ardern announced on Monday the election would be held on 17 October, a delay of four weeks. She said she wasn't going to delay it again.

Ardern said she had reached out to the leaders of all the parliamentary parties and discussed the situation with them, but the decision had been hers alone and she would have made the same call if she hadn't talked to them. She wanted the election to be "fair and held in a timely manner".

Collins said her party would work with the new date. She told Nine to Noon her personal preference was 21 November. Collins had also suggested delaying it until next year, something Ardern said she had never considered.

New Zealand First leader Winston Peters welcomed the delay. He said holding it on the original date of 19 September would have been impossible, and now parties would have time to "up their game" and engage with voters.

National and NZ First both need to "up their game" and raise their poll ratings before the election.

ACT leader David Seymour said the prime minister had made the right decision and 17 October was "the best of a bad set of choices". 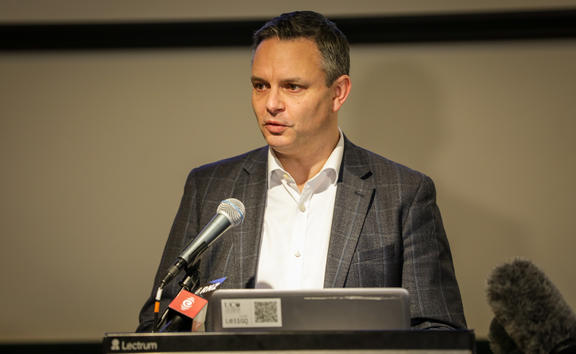 Green Party co-leader James Shaw wasn't happy. He accused National, ACT and NZ First of political blackmail, saying they had wanted the election delayed for their own gain.

Shaw said National had been laying the groundwork for the option of not accepting the result if the election had been held on 19 September.

Ardern recalled Parliament and it sat on Tuesday. Collins told media that morning she would use question time to prove Ardern had been "entirely wrong" when she said border staff were being regularly tested.

Health Minister Chris Hipkins tried to deflect Collins' upcoming attack by making a ministerial statement before questions began. Testing at the border had been too slow which was "disappointing and frustrating", he said. Hipkins admitted that weekly testing at the Jet Park Hotel quarantine facility had covered only 60 percent of staff.

Collins went for Ardern, armed with the prime minister's statement of 15 July in which she said all frontline border staff were being regularly tested. She also challenged previous statements by Ardern and Hipkins that some staff had declined to be tested.

Ardern responded by saying there was no clear link between the border and the new Auckland cluster.

The government had "set expectations" that border testing would be ramped up, she said. Testing in isolation facilities "was not as comprehensive as we expected or what Cabinet had asked for".

Ardern kept to the line that the government had issued instructions but despite that, the level of testing had not reached expectations. There was no clear explanation of why the instructions weren't followed.

'Dissonance' between government and health ministry

Dr Ashley Bloomfield, the Director-General of Health, was asked at a subsequent briefing why the instructions didn't seem to have got through. He gave the familiar reply that there had been complexities and difficulties with co-ordination. Bloomfield has also referred to there being a "dissonance", apparently between the government and his ministry.

Bloomfield was asked during the week whether he had misled the prime minister about the level of testing, and he said he had not. Ardern said it would be unfair to blame him.

National wants to find out exactly what happened. It has asked for the health select committee to be recalled so it can question Bloomfield.

On the same day Parliament resumed sitting it was revealed that a maintenance worker at the Rydges Hotel managed isolation facility in Auckland had tested positive. Genome testing had linked his case to the same strain of the virus found in a woman who had stayed at the hotel between 28 July and 31 July after she returned from the United States.

Hipkins described the case as "a bit of a mystery" and by the end of the week it had not been determined how the worker had caught the virus. The man had not had any direct contact with the woman, but it was discovered he went into a lift minutes after she left it. The possibility that the man caught the virus from an infected surface in the lift was being investigated.

The Minister responsible for managed isolation facilities, Megan Woods, held a media briefing and said the case was not linked to any incident, system failure or the Auckland cluster. The worker had not been in the woman's room while she occupied it or after she left. There was no third person who could have linked the two.

Hipkins said the man developed symptoms on 11 August, was tested on 13 August and his results were returned on 16 August.

The report ran through a litany of incorrect assurances about testing. "Why is there - still - a giant chasm between what the government says is happening and what the ministry is doing?" it asked. 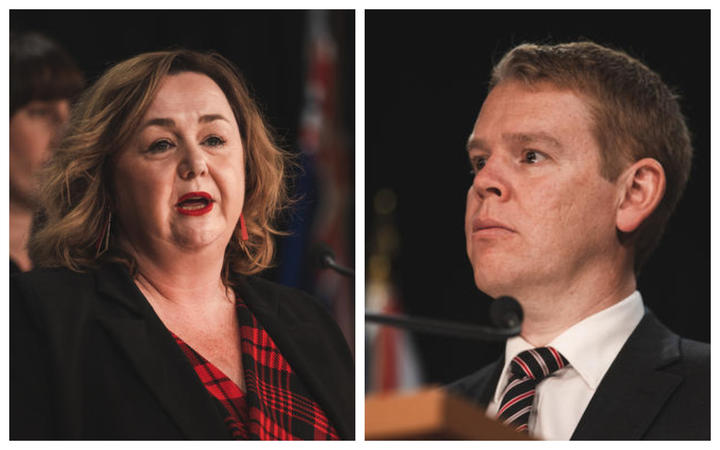 Megan Woods and Chris Hipkins have faced some tough questions this week over the government's handling of testing at the border and within quarantine facilities. Photo: RNZ

During the week the government responded to the new outbreak by announcing it was rolling out CCTV at managed isolation facilities and boosting the number of Defence Force staff at those facilities so it didn't have to rely on private security firms. "Our intention is to stop using private security contractors, particularly in the riskiest places," Woods said.

Her announcement followed the revelation that a First Security guard at an Auckland facility had been suspended after releasing the personal information of 27 returnees and five staff members on Snapchat over the weekend.

On Thursday National announced its own Covid-19 response plan with stronger measures than those currently operating.

It's the sort of policy Collins is good at selling. "This is tough, but tough times need tough measures," she said.

National would set up a new border agency reporting to a single minister, with the mandate of keeping New Zealand free of Covid-19 and other pandemic threats. Collins said the government's response involved putting various agencies in charge of different facets, which had led to "a disordered and confused response".

"More than 1.6 million Aucklanders are locked down because the government dropped the ball on testing, tracing and managing people in isolation," she said.

Under National's plan returnees would be blocked from boarding a plane if they did not test negative three days beforehand. When they arrived they would still have to go into 14 days' of managed isolation.

"If you have a positive test you won't be boarding a plane to New Zealand," said health spokesman Shane Reti. Asked if that would create legal problems because citizens could be prevented from returning their own countries, he replied that they were not being prohibited. "We're saying if you want to come back and you want New Zealand to be safe, then these are the regulations you'll need to respond to."

Collins is relying on having public sentiment behind her. "Issues like this are always a balance and I would say New Zealanders would want us to keep Covid-19 out," she said. 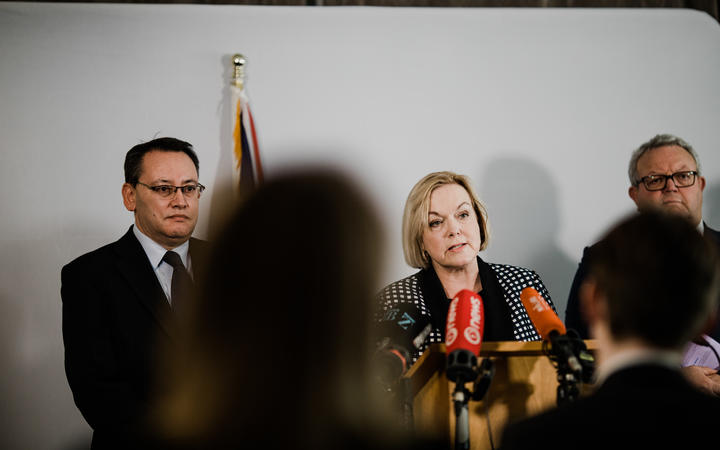 Potential problems were soon being pointed out. Hipkins said people could spend days in transit and become infected at airports. He didn't think another layer of bureaucracy in the form of a border agency would be much help.

Stuff reported that in many countries, including the United States, the testing turnaround time was longer than three or four days.

If National ever did put the restriction in place it would probably be challenged in court, but Collins is saying what a lot of people, particularly Aucklanders, want to hear right now.