Several MPs who have made headlines in recent weeks have been noticeably absent from Parliament, but they continue to receive their MP salary. 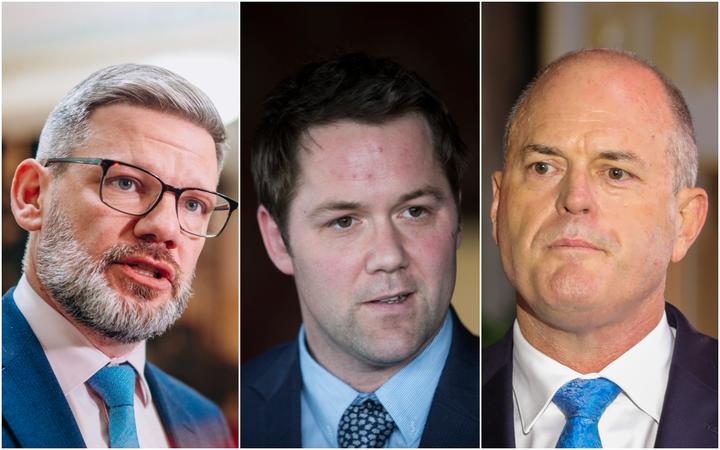 Prime Minister Jacinda Ardern and National leader Judith Collins are both defending their MPs not being present.

Iain-Lees Galloway was sacked from his role as Cabinet minister and his Immigration, ACC, and Workplace Relations and Safety portfolios last week.

Ardern said it was clear his position as minister had become "untenable" following allegations he had inappropriate relations with a former staffer.

He will not be re-running in his Palmerston North electorate.

Ardern said Lees-Galloway would perform his role right through to the election, and she expected he would return to Parliament.

"I don't think it is unfair for a little bit of time to be taken under the circumstances, but that will not remove his responsibilities as a local MP as well," she said.

However, Collins is sticking by her decision to grant outgoing National MP Hamish Walker leave from Parliament until the election.

Walker will not stand at the election after revealing he passed Covid-19 patient details to reporters after receiving them from former party president Michelle Boag.

Collins said Walker was instead continuing work in his Clutha-Southland electorate.

Todd Muller has also not returned to Parliament since he announced his resignation as leader.

"The role has taken a heavy toll on me personally, and on my family, and this has become untenable from a health perspective," he said at the time.

Collins said Muller would be back when he was well.

"I've been speaking to him each week to check on how he is going and he's really improving and he knows exactly that he has a great place to come back to and he will.

"I'm not going to pressure when clearly he has had to deal with a very serious health issue," she said.

Collins said she was confident he would come back.

An exemption is former National MP Andrew Falloon, who resigned effective immediately and will no longer be receiving his pay, after it was revealed he allegedly sent an indecent image to a 19-year-old woman.

Since then, other women have come forward with similar claims against him.