The Green Party wants an immediate ban on new industrial coal boilers, as part of its plan to transition away from fossil-fuels. 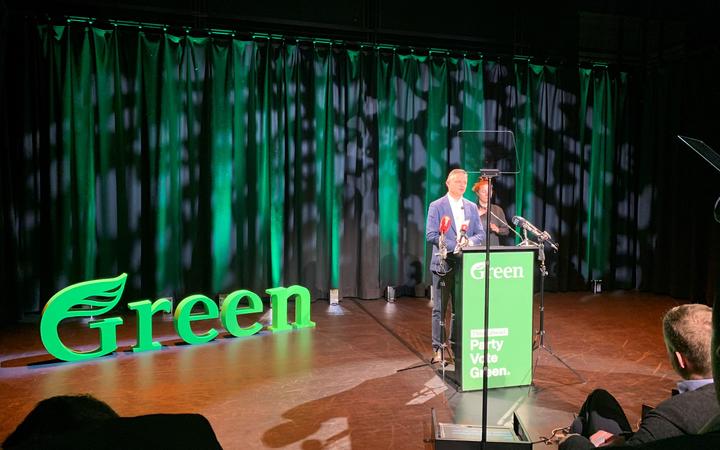 The party has unveiled its Clean Energy Plan, its latest election year announcement, which co-leader James Shaw said will empower communities, businesses and families to create a sustainable country.

"Our Clean Energy Plan is the first part of our transformational plan to end the use of fossil-fuels in Aotearoa. It will help to ensure our grandchildren inherit a world where they can not only survive, but thrive," Shaw said.

The Greens are proposing to bring forward the government's 100 percent renewable energy target by five years to 2030 - a promise it made in the lead up to the 2017 election.

Shaw said reaching the target would be possible, but challenging.

"We do have better information, the industry itself has moved on a long way ... as long as there is clarity and predictability I think that New Zealand can respond," Shaw said.

The party is promising to ban new fossil-fueled industrial heating systems and boilers in the first 100 days of government.

"There's something on the order of 200 schools that have got small boilers in them, there's about half a dozen hospital boilers which are considerably larger affairs than anything in any of the schools and then there are several hundred coal boilers in industry, most of them are actually quite small," Shaw said.

What the boilers are replaced with would depend on the "local conditions", Shaw added.

Shaw said previous government's use of dirty fossil fuels meant they failed in responding to the challenge of climate change.

"Our window to act is shrinking and we must make meaningful changes now to secure our children's future," he said.

"When all our energy comes from the sun, the wind, and the flow of rivers, we won't need to burn the fossil fuels that cause the climate crisis."

The Greens are also promising to introduce grants and loans so home and business owners can install solar panels, which is expected to cost $45 million in the first year.

Shaw expects thousands of jobs to be created through the plan.

"Part of the intention here is to create jobs right throughout the country and to train people who are looking for a new career in clean energy. The actual manufacturing of those is likely to take place off-shore, that's where we get our solar panels at the moment," Shaw said.

The party would also install solar panels in about 30,000 state homes over three years, at a cost of more than $500m.

The roll-out of those panels would create about 500 jobs in the first year, rising to 1500 in the third year, Shaw said.

Energy spokesperson Gareth Hughes said the Clean Energy Plan "allows us to go further and faster on climate action by supporting all of us to move to clean energy".

"It is an investment in all of our futures, which creates firm targets, clear oversight, and an example for the world to follow," Hughes said.