Cut-through for the climate in the times of Covid-19

Stuff published the first edition of its climate change initiative The Forever Project in late March - the very day we went into lockdown. Understandably, it didn't make much impact but this week it’s back with a supplement in the papers pushing the message that post-Covid recovery must have climate and sustainability at its heart. Mediawatch asks the editor if it's an uphill battle they can't win when the imperative to fire up the economy as quick as possible is so great. 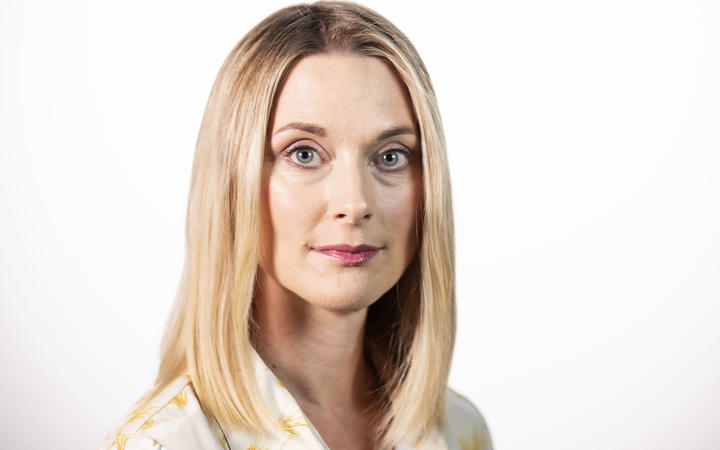 Stuff couldn’t have picked a worse time to launch its climate change initiative The Forever Project. It was 25 March, the day New Zealand transitioned into alert level four lockdown. Nearly every news story was on Covid-19.

Forever Project editor Eloise Gibson’s article announcing the section was quickly swamped in stories on lockdown rules, accelerating case numbers, and supermarket stampedes. The first Forever Project magazine, which ran as a supplement in the Sunday Star-Times, was similarly buried in a deluge of scary headlines.

Now as the country settles into alert level one, Gibson and her team are having another go at a launch, with the release of the sophomore Forever Project supplement in the Sunday Star-Times today.

This time its theme is on what Gibson calls the “green rebound” after the pandemic.

“We couldn't imagine our readers wanting to read about anything else,” she says.

“Covid and the recovery from lockdown is the dominant story at the moment in every round and climate change is no exception.”

The supplement covers topics from the future of green transport to sustainable heating. Gibson drew on our post-pandemic reality for inspiration for her feature ‘Life In Light Traffic’, which asks what our cities would look like if the transport changes from alert level four were permanent.

“The roads were deadly quiet during lockdown. We saw people out on their bikes. Out walking. Using the roads in a way they wouldn’t normally,” she says. “It was a bit of a reset for a lot of people. I don’t think too many people would like to go back to lockdown transport… but I think it did give people an opportunity to rethink how we get around, how we want to get around, how we want our kids to be able to move around our neighbourhoods.”

The supplement tackles weighty topics, but its content is accessible.

There's a light-hearted feature from reporter Zoe George about how you can combat climate change from the comfort of your couch, and a column and video from the comedian Tom Sainsbury in character as ‘Carol’, who has had a climate change epiphany.

Gibson says those editorial decisions are part of a strategy to make an often overwhelming topic more accessible.

Despite the project’s tough launch, she’s focused on the long game - gradually raising people’s awareness of what will be the world’s biggest story in decades to come.

Even those on the front lines of the Covid-19 crisis say climate change dwarfs the pandemic in potential long-term impact, with epidemiologist Michael Baker telling Jim Mora on 3 May that it is a far more pressing long-term concern than any virus.

“Covid-19 is a terrible shock but it’s a temporary shock. Climate change effects, many will be irreversible and they’ll be locked in for generations,” he said.

Gibson says there’s a strong case for the government to factor climate change into all its decisions on the Covid-19 pandemic recovery.

This rebuild is an opportunity to craft a greener society - but also poses the risk of locking in an unsustainable, polluting economy, she says.

“We have another hugely expensive transition coming to avert the worst of climate change and defend ourselves from the effects, and we don’t have the money to pay for those things separately. So the next tranches of spending will determine what happens here,” she says.

Despite that, Gibson says she doesn’t see her role as applying direct political pressure on politicians to take climate action.

“Our goal is that our readers are well-informed. Our readers are voters, and they want to see really compelling stories, well-researched stories… That’s what I see our job as. I don’t see it as getting a particular party to do a particular thing. That would be a different undertaking.”

Gibson and her team received some criticism when The Forever Project was launched for taking a firm stance that climate change is real and refusing to give consideration to so-called climate “skeptics”.

Stuff’s editor Patrick Crewdson and reporters including Charlie Mitchell defended the stance in response to complaints, arguing that giving credence to climate denial would be irresponsible.

“There’s an old fashioned idea that journalism is fundamentally about truth, or finding something as feasibly close to the truth as possible, based on what is provable. Reporting climate change as accepted fact is consistent with that ideal which certain people gave up on long ago” Mitchell tweeted in response to a complaint from Magic Talk’s Sean Plunket.

It wouldn’t be fair to readers to report unscientific theories, Gibson says.

“If you’re asking me should 100 trustworthy, peer-reviewed papers suddenly appear positing some alternative explanation for the climate change that we’re seeing, should the consensus start to shift, should there be genuine good-faith issues here, would I cover that story? Of course I would. It would give me great pleasure and no end of relief to be able to report that. I think the chances are very low. And I don’t think we would be serving our readers to proceed on reporting that miniscule chance as if it was going to happen.”

Gibson says she will cover debate within the scientific community on aspects of climate change, giving the example of differences in modelling on when a marine ice shelf will collapse.

But climate change is a fact, and it’s one that will have to be dealt with for decades to come, she says.