After previously stonewalling inquiries on the matter, Leave.EU 'bad boy' Arron Banks has told a UK newspaper he is sending a team to New Zealand to work on Winston Peters' NZ First campaign, Justin Giovannetti* writes. 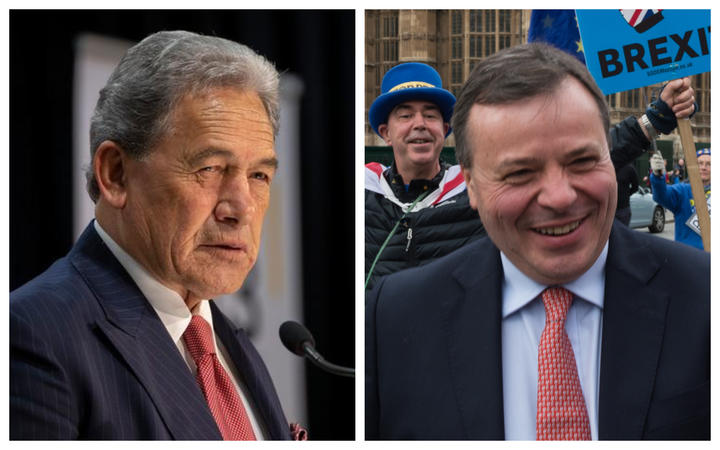 New Zealand First has hired a crew of political operators from one of the most aggressive groups in the Brexit campaign to cause "mischief, mayhem and guerrilla warfare" before the September election, according to The Daily Telegraph, the Conservative-leaning British broadsheet newspaper.

The report comes one week after The Spinoff reported that Arron Banks, the bankroller of the Brexit group Leave.EU, had become an ardent champion of New Zealand First, praising Winston Peters online. Both Banks and New Zealand First declined on numerous occasions to answer questions from The Spinoff about the nature of their relationship.

According to The Telegraph's chief political correspondent, Christopher Hope, a six-person team from Banks' Leave.EU has been "dispatched to Auckland" to work on New Zealand First's campaign. They've reportedly been instructed to double the party's count of MPs to 20.

Andy Wigmore, one of Banks' main lieutenants, told the newspaper: "I'm going to be on ground in New Zealand causing trouble - mischief, mayhem and guerrilla warfare in the New Zealand election - the bad boys are back."

It is uncertain on what basis Wigmore intends to be "on the ground" in New Zealand. There is no known exemption to the strict border controls for political strategists or self-styled "bad boys of Brexit".

Following the publication of The Spinoff's story, which followed 15 attempts to contact New Zealand First, Peters tweeted: "For the benefit of the woke leftist spinoff, had they asked me, which they didn't, I came across Arron Banks in 2016 in the UK. We have been happily sharing thoughts and ideas on international matters ever since. He's a top bloke and we both believe that freedom matters!"

Peters has also had praise in the past from the former head of UKIP, Nigel Farage. The two men bonded over cricket and a political platform built on opposition to immigration. Now they both share a working relationship with Banks, who helped underwrite much of Farage's career. 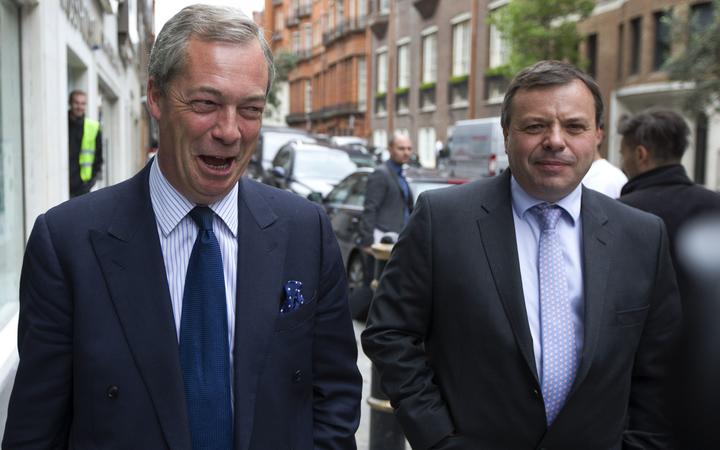 Banks made his money through his ownership of insurance companies. He also owns African diamond mines. In 2017, Britain's Sunday Times said he was worth about $NZ480 million.

Leave.EU was central to turning the Brexit vote into a question where British voters could express a grievance with the way the country was changing, under what they characterised as a smug ruling elite. Opponents saw it as a way of expressing xenophobia through the ballot box.

Banks and Peters appeal to a similar demographic, said University of Otago law professor Andrew Geddis, but that doesn't mean Banks should be invited into New Zealand's political system.

"The form of politics that led to the Brexit vote, which Arron Banks was involved with, was typified by rampant misinformation and appealing to naked prejudice in the electorate. My view is that importing that type of politics into New Zealand would be detrimental to our democracy," said Geddis.

Banks, whom Farage has described as "pugnacious", wrote in his book The Bad Boys of Brexit that political campaigns should be blunt, edgy and controversial to create media attention and garner free publicity.

On 12 June, a combative Peters put out a statement decrying the "woke generation" after the statue of John Hamilton was winched from the central square of the city named after the British captain. The statement was blunt, edgy and controversial.

"Why do some woke New Zealanders feel the need to mimic mindless actions imported from overseas," asked Peters in the statement, where he shared his "disgust" with people calling for the statue's removal. In his parting words, Peters said they need to: "Deal with it, grow up and read a book."

The Spinoff is again seeking comment from the parties involved.

*Justin Giovannetti is the political editor of The Spinoff.

This column first appeared in The Spinoff

Following the publication of the Spinoff's article, Peters released a statement denying "that a team of six political operatives have been dispatched to New Zealand to assist his campaign."

"Not only have I not hired such a crew but it is impossible to see how they would even gain entry into the country ... the click bait author of this latest piece of fantasy, aided as always by rent-a-quote academic Andrew Geddis, even imply that our press release attacking the woeful historical ignorance of the woke pull-down-statues crowd on June 12 is somehow evidence of Mr Banks' influence."

"Well, there is a very disappointed NZF staffer who wrote that press release, all on their own."

Peters said his party was the equivalent of the "corner dairy of New Zealand democracy" and decried that the report had left the "heavily compromised supermarket untouched", before concluding the party would make no further comment.