Minister for foreign affairs, Winston Peters, is questioning why China is imposing a controversial new security law in Hong Kong. 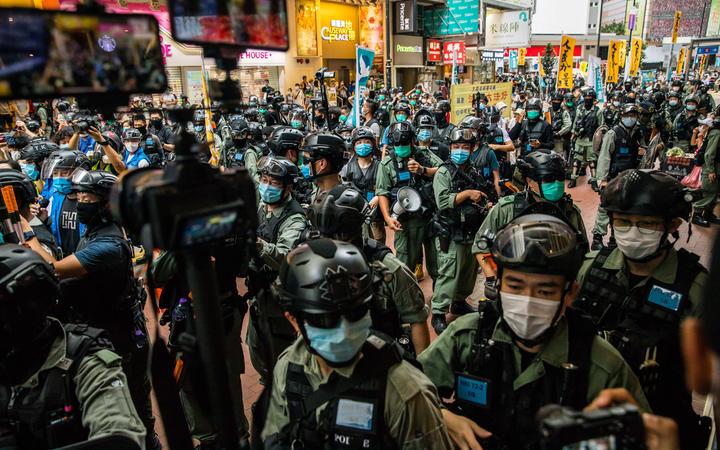 Riot police clear a street as protesters gathered to rally against a new national security law in Hong Kong on July 1, 2020, on the 23rd anniversary of the city's handover from Britain to China. Photo: AFP / Dale de la Rey

The legislation criminalises secession, subversion, terrorism and collusion with foreign forces, but also essentially shuts down protest action and freedom of speech.

Dozens have been arrested in Hong Kong since it was introduced on Tuesday, and they now face the possibility of life behind bars.

Peters said it was a critical moment for fundamental human rights and freedoms protected in Hong Kong for generations.

The city was handed back to China from British control in 1997, but with a unique agreement which guaranteed certain freedoms.

Peters recalled this happening and said the "one country, two systems" framework was meant to be in place for decades.

"Anybody who was there, anybody who read about it is asking what's going on here, in terms of the commitment you made and we're asking you to keep your word," he said.

The government will be studying the legislation carefully and closely monitoring the impact on the people of Hong Kong, Peters said.