Debate continues at Parliament today on a second phase of firearm reforms which sets up a national register and a tougher licensing regime. 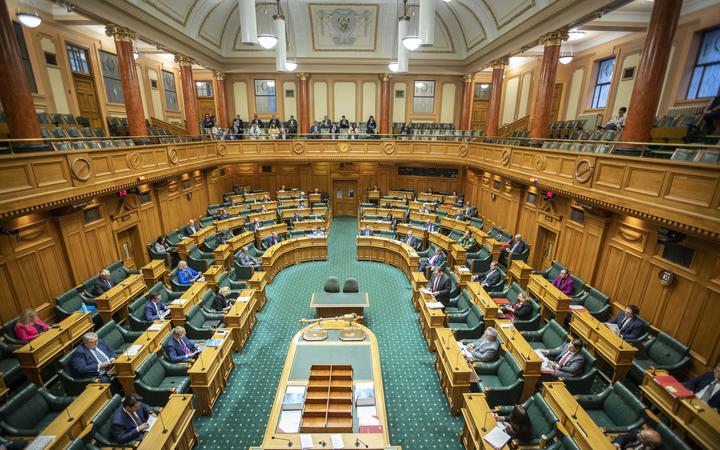 The Arms Legislation Bill is before the committee of the whole House, where all MPs can debate and introduce changes before its third reading.

The second tranche of law reform has divided Parliament time had been running out to get it through the House before the election.

However after months of negotiation with New Zealand First, Police Minister Stuart Nash appears to have the numbers to progress the reforms.

The changes include loosened restrictions for farmers wanting to use prohibited firearms for pest control and the establishment of an independent entity to take over firearms licensing and administration.

New Zealand First MP Ron Mark had been doing much of the negotiating and said his party pushed as far as it could to make changes to the bill.

"It is no secret New Zealand First has been a very strong supporter of responsible firearms owners for a very long time, but you know 51 people are dead, 50 people have had their lives changed irreversibly," he said.

Stuart Nash told the House last night the reforms were long overdue and he could not understand why National would not back the Bill, as it would help keep firearms out of the wrong hands.

"This legislation will keep guns out of the hands of gangs and will significantly increase penalties for gun crime," he said.

National Party police spokesperson Brett Hudson said gang members who committed firearms offences weren't licensed, so it was "pure tripe" that the bill would keep guns out of their hands.

Hudson criticised the conditions required for farmers to be allowed to use prohibited firearms for pest control.

"For those owners to be able to use them - or their employees - they have to prove a significant detrimental impact to their business from the pests. Presumably they have to let them breed for a while, destroy a bit of crops or farmland and then they will be able to prove to the police that actually they've got a need," he said.

Federated Farmers rural security spokesperson Miles Anderson welcomed the changes and said under the previous plan getting an exemption was convoluted and expensive, involving setting up a pest control company.

Anderson told Morning Report there would be checks to make sure public safety wasn't compromised, with farmers needing a reference from their regional council pest control.

He said the pest animal problem had worsened because they didn't have the tools to deal with them, and in South Canterbury, where he farms, wallabies had extended their range.

"If you're dealing with say, for example, wallabies and you encounter them on your property, they're generally in big numbers and you only get one opportunity to deal with the pests, and semi-automatic firearms are the best tool for the job."