Most National Party MPs flying into Wellington Airport for the leadership vote today were tight-lipped about who they would vote for, though Maggie Barry said she was backing Todd Muller. 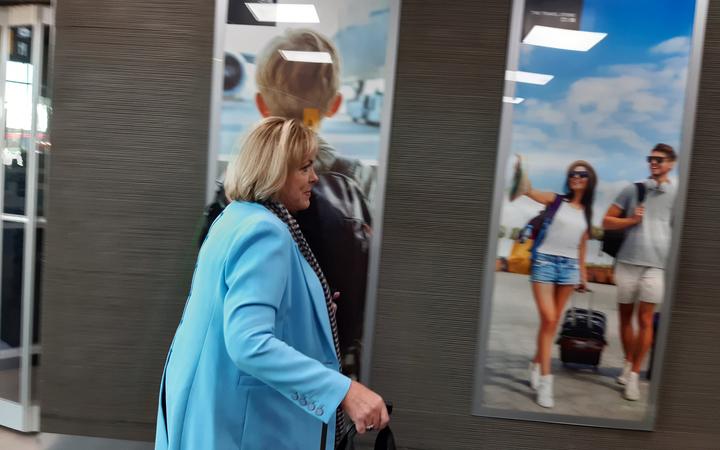 National Party leader Simon Bridges was making a final desperate plea to his National Party colleagues to keep him in the job. MPs at the caucus meeting in Wellington will also hear out his challenger Todd Muller before making their call on who is best to lead them into the election.

It follows two disastrous polls that showed support for the party has plummeting.

MP Maggie Barry said she did not know what the mood of the caucus was but she would be voting for Muller with Nikki Kaye as deputy.

"But the decision remains with caucus as it rightly ought to."

She refused to say why she was voting for Muller and Kaye.

Senior National Party MP Judith Collins would not say who she was voting for.

"Whoever wins will be the person who I vote for today."

She ruled out being a late addition throwing herself into the leadership contention today.

"I just think everyone needs to focus on the people, get back to work and get focussed on the job and stop talking about ourselves."

She said she would be happy to work with whoever won.

Collins said she was enjoying the media attention.

She described Prime Minister Jacinda Ardern as an "excellent communicator", and while Bridges was not as good a communicator as the prime minister, he was a good leader.

He said because of the Covid-19 pandemic everything was uncertain but the party had four months before the election and it was time to get on with the decisions the party had to make.

"Covid has just been an exceptional circumstance." 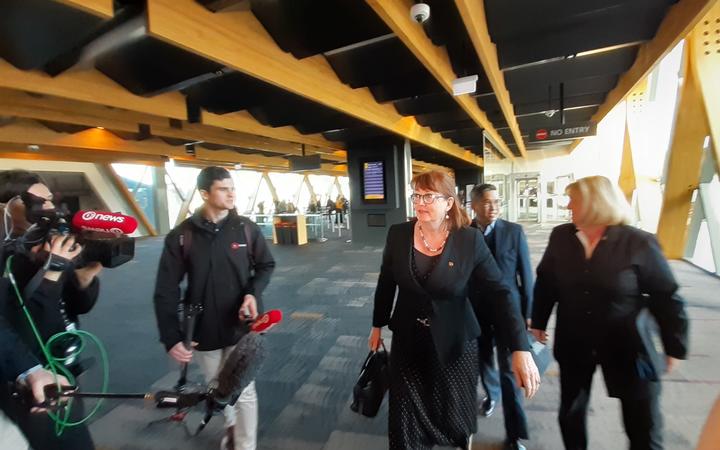 MP Simon O'Connor said he was backing Bridges because there was already two left wing parties and in Parliament and "we don't need a third".

"This is not about social conservatism, this is also about the whole team around [Muller]."

Hamish Walker would not say who he was voting for, neither would MP Kanwaljit Bakshi, but he said the party was united.

"Who told you that we are not united, we are."

He said the party would work hard to make sure it won the election.

Melissa Lee said she liked all her colleagues and would not give a hint about who she was voting for.