The Finance Minister will unveil a Budget today that will set this country's economic course for years, if not decades, to come. 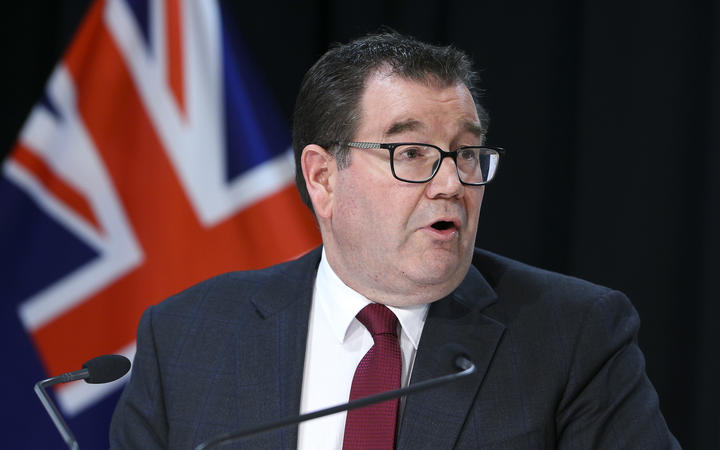 It's the "jobs" Budget and one that will come with a hefty price tag.

Grant Robertson pretty much had to throw out the Budget he'd been putting together before the Covid-19 crisis struck; only a few months ago he was crafting an election year Budget with plenty of money to throw around.

Now he's facing a rescue and recovery package likely be funded by a massive borrowing programme driving up debt and carving deep deficits.

Robertson has said the only plans that survived were those addressing cost pressures in the public sector, the $4 billion for health already announced is a clear example of one of those pressures. Welfare will be another.

The driving priority of the 2020 Budget will be to make direct cash injections into industries such as tourism, to staunch the flow of job losses, reinvent the way the sector operates with the prospect of few customers from offshore, and to ensure viable businesses make it through the medium term.

There will be rescue packages for other under pressure industries, but they may not all be in this Budget.

Under the wage subsidy scheme $10.7 billion has been paid out in a little under two months. Many businesses have credited that subsidy with keeping them afloat through the lock-down period, but it will end in early June. All indications are that broad scheme won't be rolled over, but more direct and targeted sector support put in place instead.

That will be a critical point for both the government and the thousands of businesses who've relied on it; the fear is companies will hold onto staff only while that scheme is in place and their future past that will be highly uncertain.

Watch the PM talking about the Budget this morning:

The Budget will also give a much clearer picture of the impact on economic growth, unemployment and government debt.

Robertson has been laying the groundwork for a massive borrowing programme, saying the books were in good shape to carry more debt, helped by very low interest rates. However, this will be the kind of borrowing that could take years to repay and impose a great burden on generations to come.

The government's policy programme will be, by necessity, driven in a different direction to that originally envisaged; reforms of District Health Boards, welfare and even the polytech and training institutes may be delayed or reshaped, so the government can respond to more urgent demands.

Now is also not the time for tax cuts with government revenue already set to plummet. Robertson has also firmly ruled out any increase to the superannuation age.

The Opposition will seize upon any spending, and resultant debt, it sees as untargeted or a way of Labour pursuing a more ideological rather than fiscally responsible path, but it will have to step carefully as it balances its role as a check and balance against being seen as being critical just for the sake of it.

But politics aside, the economic outlook will make sobering reading with the first solid predictions from Treasury in the months since large parts of the economy were shut down, and New Zealanders have been joining the ranks of the unemployed in their thousands.

Robertson's first two years as finance minister have been marked by a fiscal discipline that would have put many a centre-right government to shame, even if the spending priorities tilted to the coalition government's natural supporters.

Increasing budget surpluses delivered, net debt close to target, investment in new infrastructure, revitalisation of the railways, and as a step into the future a new approach to government budgeting - wellbeing.

But that was then and Covid-19 has delivered a new reality.

So, Robertson's fiscal strait jacket will be consigned to the bin, although it can be credited with giving the government financial headroom to tackle the crisis that now envelops the economy.

Last week, Treasury figures for the nine months ended March showed the initial hit to the government's finances from the pandemic.

The forecast surplus of $1.3b had turned into a deficit of $2.7b, as government expenses blew out by more than $4b as the first few weeks of the wage subsidy took effect.

The books showed tax revenue for the month marginally ahead of forecast, and debt rose marginally to 21.3 percent of gross domestic product as it borrowed more to support the economy.

That is likely to be the best of for years to come.

Expectations are that government borrowing will mushroom by another $100 - $120 billion over the next four years, which would take the net debt ratio to something approaching 60 percent of GDP.

Eye watering as that may seem compared to previous years, it's still below the current level of debt for many developed economies in Europe, Japan, and the US.

Budget surpluses which in last year's December half year economic and fiscal update were set to rise modestly will give way to deficits equivalent to 13 percent of the value of the economy for the next couple of years then decreasing to about half that level in 2024.

But the measures Robertson takes will have to tread a care path between preserving the government's income from taxes, hence no room for large tax cuts or relief, and keeping control of expenses, so the spending will have to be targeted.

He will want to avoid the austere cost saving, which National engaged in after the Canterbury quakes, which led to criticism that vital public services had been starved of resources leading to reduced services and dilapidated schools and hospitals.

The dour backdrop to the financial decisions will be the Treasury's economic forecasts.

The department's scenarios published last month were sobering enough, unemployment close to double figures, a shrinking economy for at least two years, and those were the "cheery" forecasts.

And yet outside observers -- the world's three main ratings agencies - have a confidence that New Zealand is in good shape, fiscally and economically speaking, to come through the pandemic.

Like it or not the agencies' opinion matters with big international lenders who will be looked to buy the country's burgeoning government bond supply.

S&P Global Partners said last week it was more inclined to upgrade New Zealand's credit rating in the next few years, one of only two developed economies it was willing to say that about.

Today's budget will be a test of how well placed that confidence is.