This year's Budget is just one staging post in the fight against and recovery from Covid-19, Finance Minister Grant Robertson says. 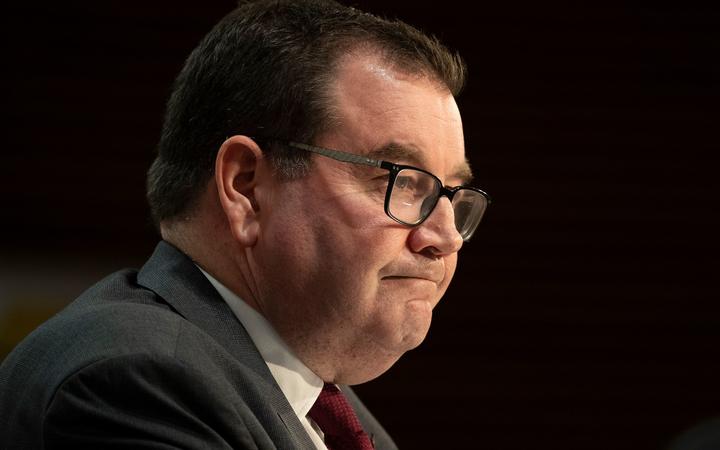 Robertson is delivering a pre-Budget speech to the Wellington Chamber of Commerce via videolink.

The minister will release the Budget in one week's time, but he said it will be "far from business as usual".

"It is a Budget delivered in the shadow of 1-in-100 year shock to our society and economy.

"The sweeping global health crisis has left almost every country in the world facing a devastating death toll, health systems under strain, and economies that have all but ground to a halt, with millions around the world losing their jobs and businesses."

The government had a plan to tackle Covid-19: respond, recovery, and rebuild, Robertson said.

"Our recovery will continue with interventions to sustain households and businesses and get people working, in combination with sector-specific support to help boost wider economic confidence, and regenerate some of the sectors hit hardest by the pandemic.

"Our response goes far beyond direct financial support. Making it easier for activity to get going again will speed the recovery and get the economy back on its feet faster. That's why we're making the regulatory and legislative changes necessary to help speed up the recovery through this period."

"In the midst of the crisis and our desire to return to a sense of normality, we should all acknowledge that things weren't perfect before Covid-19 hit us.

"There are few times in life when the clock is reset. Now is the time we should address these long-term issues. It is a privilege many countries won't have. It's not one we should squander," he said.

New spending packages planned on the five priorities that were announced in the Budget Policy Statement had been re-assessed and unless they were meeting a core cost pressure, they had been "put on ice".

"The focus for Budget 2020 has now very quickly become providing the strong public services we need and taking our next steps to recover and rebuild.

"I want to be clear that there will be further support for the recovery and rebuild after Budget Day. As I said earlier, we have to keep working every day to get through this together and to thrive again. To recall an earlier politician's words, Budget 2020 is part of a rolling maul of support."

While the Treasury's Budget forecasts next week would be "sobering", by going hard and early, New Zealand had more options in terms of getting the economy moving again, Robertson said.

"While I cannot go into specifics today, obviously we are no longer talking about growth in the near term, but about the scale and length of the economy's contraction. Business investment and confidence will take a hit. Unemployment will rise.

"We will be doing everything in our power to push back on these trends. And we come from a position of strength."

But Robertson also said he would not "sugar-coat" the fiscal outlook.

"It is the reality of life that all the support and rebuilding we are doing must be paid for.

"We will be running operating deficits for an extended period and allowing net core Crown debt to increase to levels well beyond our previous targets."

National leader Simon Bridges said Robertson had "pointed out the obvious" and with New Zealand facing the deepest economic recession in a generation, the country needed a government with a "strong record of economic management".

"National agrees that the government will need to invest more to support businesses and save jobs.

"We worry that this government will turn a $40b problem into a $100b problem. The fear with a Labour government is more debt means more tax.

"The government needs to carefully consider every spending decision they make because every cent will have to be paid off with higher taxes and by future generations."