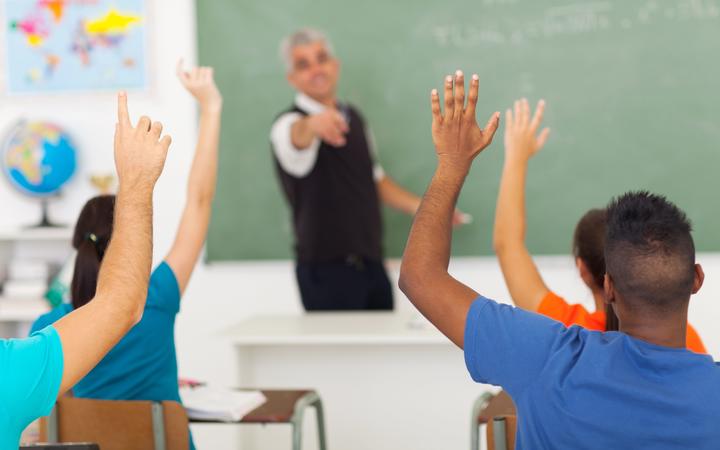 The ministry was first lauded for being "nimble and responsive", before being criticised for a lack of strategy and accused of playing Russian roulette with under-five-year-olds.

Submitters also warned that some children's education was suffering under the lockdown, and that schools and early learning centres needed to know as soon as possible what the rules would be for alert level 2.

Auckland Grammar School headmaster Tim O'Connor told the committee the government's treatment of secondary schools during the pandemic had been a shambles.

"Not only has there been no visible strategy communicated to secondary principals, there has been no position of advocacy for secondary education other than perhaps the squawks of frustrated principals," he said.

"To be frank, colloquially, it's been a shambles."

The ministry should not have sent schools high-alcohol hand sanitiser for students to use without supervision, he said.

The Principals Federation's submission to the committee provided a completely different view of the ministry.

Its president, Perry Rush, said the ministry's response was excellent.

"It's widely accepted in principalship that the ministry has been nimble and responsive in their communication," he said.

"We're very conscious that a national system of education, a national schools system that's been asked to turn on a dime several times now, has done so at pace and with incredible complexity."

Reopening classrooms at alert level 3 had been a "line call" but schools had received sufficient public health advice to do it.

The low number of children attending school under alert level 3 had mitigated the fears some principals had about managing social distancing between children, Rush said.

He warned the committee that children who needed extra support for learning or lived in dysfunctional homes were at risk from an extended period of remote learning.

"Continuing to maintain a significant portion of our school roll outside in remote settings has the potential to continue to place those children at some risk and so this question of what the next step looks like is very critical."

Auckland Grammar headmaster Tim O'Connor also said schools needed to know as soon as possible what the conditions would be at alert level 2 so they could timetable classes and make sure they had enough teachers.

The lack of educational strategy was harming some students' education, he said.

"If this continues the damage will be irreparable. We will not be able to get students to the level that they need to be. If we don't get Year 12 and 13 students back on campus within a week, we're in trouble," O'Connor said.

They also needed more information about the risk of transmission of Covid-19 among young children and suggested that the reopening of centres of level three was akin to playing Russian roulette.

"We understand that pragmatically the risk is low in New Zealand right now, the numbers are looking increasingly good. But too much is being done on trust and inclusive evidence," he said.

"We need to stop playing Russian roulette with our children."

The current requirement for 3m of space for each child at a centre during level 3 would not work at level two when more children returned to early learning, Reynolds said.

Centres needed to know what the space requirement would be. If it did not change, centres would have to turn children away, and many would not be financially viable.

Parents who had flu-like symptoms were sending their children to early learning and centres did not know what to do, he said. Some staff were staying away from work from fear of catching Covid-19.

Responding to the criticism at the committee hearing, Secretary for Education Iona Holsted said she was proud of how ministry staff had responded to a rapidly changing situation.

The level of guidance and direction education leaders wanted from the ministry varied and they would not all agree with the ministry's decisions, she said.

Secondary Principals Association president Deidre Shea said most principals were anxious, but most agreed that the ministry's advice had been as timely as possible and thorough.