Immigration New Zealand figures show the number of foreign students in the country has fallen sharply in the past six weeks. 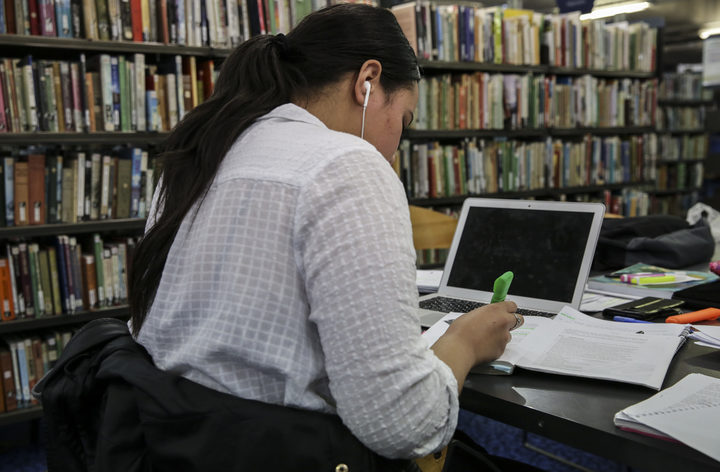 Despite the drop in foreign students due to the Covid-19 crisis, universities said they were still receiving inquiries and even enrolments from foreign students for next year. Photo: RNZ / Richard Tindiller

A further 9272 people with valid New Zealand study visas were overseas, down from 15,855 in mid-March.

The changes were due to factors including the expiry of some study visas at the end of March and some people with valid visas returning to their home countries on repatriation flights.

The figures showed universities had 17,570 students in-country, polytechnics 9308 and schools 10,506 - about half the number of students those sectors enrolled in 2018 when the total number of foreign students in all sectors reached 110,790.

The figures indicated the extent of the downturn facing the $5 billion foreign student industry this year.

Despite the low numbers, universities said they were still receiving inquiries and even enrolments from foreign students for next year.

Lincoln University vice-chancellor Bruce McKenzie said feedback from students, especially those in China, indicated that New Zealand was extremely well regarded because of its success in containing the Covid-19 outbreak.

"I can assure you, international students are still very interested in coming to New Zealand," he said.

"New Zealand is viewed as perhaps the safest country in the world to come to right now."

"I know at least one of the universities had more inquiries than they did the same time last year. New Zealand is viewed as a very safe country and it's also one of the few countries in the world that all of the universities are in the top 500. In my opinion that is the sign of a university system that is very high class."

"It is important to get international numbers back up. Lincoln at one stage just before the borders were closed, we were 48 percent international students so it's hurt us."

McKenzie said the university had an accommodation building that currently housed some administration offices and could easily be repurposed for quarantining.

He said it would be difficult to start accepting foreign students in the middle of the year through a quarantine system, but it might be possible to accept students from a small number of countries.

"We could have a bubble with Australia, that could work," he said. 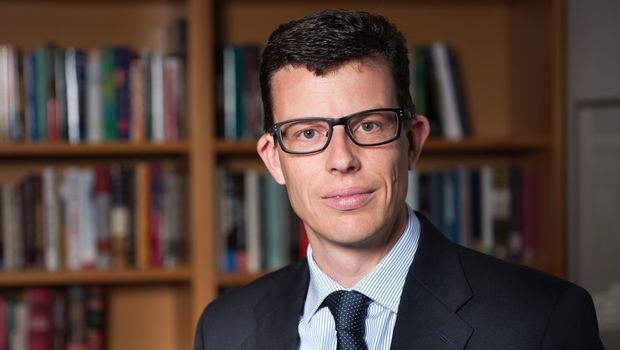 "A lot of the rest of the world is looking terrible for students. The universities are providing nothing like the kind of experience they've normally been able to provide, their lectures are shut down ... the night life is going to be shut down, the whole student experience is going to be severely diminished," he said.

"New Zealand will be looking remarkably attractive in that kind of a world. Students who previously might have looked to some of the more prestigious universities in America or in the United Kingdom as places to study will be able to look to New Zealand instead. It's a real proposition."

Crampton said northern hemisphere universities generally enrolled students in August, so New Zealand universities needed to set up a quarantine system so it could take new students in the middle of the year.

"We have to be able to open for the July semester start," he said.

Crampton said it appeared that New Zealand would be able to contain any fresh outbreaks of the disease better than most other countries, and that would be encouraging for many prospective students and their families.

He said there was also the opportunity to attract top staff because many foreign universities had introduced hiring freezes which would leave new PhD graduates with nowhere to go.

"If we prove sufficiently attractive to foreign students that we could start looking to expand our capabilities here, we would have access to a pool of talent that we would probably otherwise not be able to get to come to New Zealand.

"So we've got a real opportunity here but it all requires that the government be ready to start really rapidly processing international student visas and making sure those quarantine facilities are ready."

The vice-chancellor of Victoria University, Grant Guilford, said Cabinet turned down a plan earlier in the year to allow students from China into the country provided they went into quarantine.

"That strategy, we believe, does not engender any public health risks," he said.

"There has to be a social licence for that step to occur. People have been very fearful of Covid-19 for understandable reasons."

The international director at the University of Otago, Jason Cushen, said students were still enrolling for next year and making inquiries.

But he said universities were not expecting to be able to enrol students from overseas at their mid-year intake.

"We are hoping and working towards an online intake. The important thing here is that we give prospective international students the option to start studying with us online and then travel to New Zealand as soon as that is possible."

Cushen said the pandemic not only created travel restrictions, but also reduced many people's incomes so it was likely that fewer people would be able to afford international study next year.

"The best guess at the moment would be that next year will be a difficult year for international enrolments," he said.

Cushen agreed that the government's handling of the pandemic was likely to make the country a more attractive destination for foreign students.

Most of Otago's foreign students had decided to stay in New Zealand, he said. About 400 had taken repatriation flights and most of those students had continued to study with the university online.

He said Otago's foreign student numbers were 30 percent lower than expected and other universities probably had a similar level of decline.