Powerplay - New Zealand is poised for a momentous Cabinet decision on Monday - whether the country will exit full lockdown. 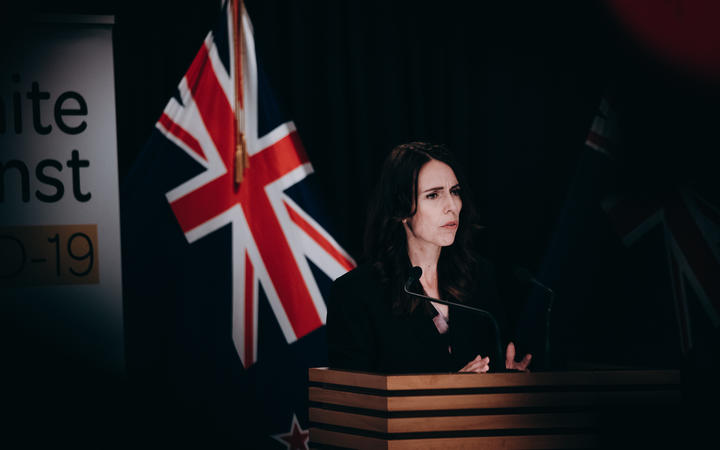 Ministers will have to strike the balance between public health and the economy, or risk losing New Zealanders' goodwill and continued co-operation.

Prime Minister Jacinda Ardern has outlined what life could look like under alert level 3, as the country is into week four of the nationwide lockdown.

She emphasised that in no way foreshadowed the Cabinet decision, but was to give businesses time to start planning.

Under alert level 3 thousands of businesses could trade as long as there was no physical contact with customers, meaning the number of people working would double to a million.

Restrictions on individuals and households would be loosened somewhat and some schools could start to reopen.

Ardern said level 3 was like a recovery room - a place New Zealand would have to stay until it was confident the outbreak was under control. But it would return to full lockdown if there was a surge of cases - at any time in the future.

There might still be community transmission under level 3, and new clusters appearing, but the test for lowering the alert level would be that any outbreak could be "controlled" through testing and contact tracing.

There's a direct conflict between public health measures and economic activity and the pressure is increasing on the government to lower the alert, to get businesses trading and people back to work.

Its argument is unless the health response is the right one, the economy suffers - either now or, more likely, even worse down the track.

The lower the alert level, the more economic activity and so the greater potential to spread or contract the virus.

Questions ministers will ask are whether there are signs of widespread community transmission, and whether any regions are more badly affected than others.

"And then we look at all of the things that then help you maintain where you are, contact tracing ... effectiveness of quarantine, and isolation measures," Ardern said.

New Zealanders have been largely compliant but there's a risk that as people see the numbers of new cases dwindle, they question the need for such draconian actions.

The government can't afford to squander goodwill and risk people rebelling if they feel the shutdown period is too long, including under level 3.

Another potential pitfall is the belief in some quarters the containment of the virus here shows the government overreacted, to the detriment of a huge swathe of the commercial sector.

Ardern took that view head on, acknowledging no-one knows what would have happened if it had taken a different course, but the projections were for thousands of deaths.

"We should not confuse the success of our actions with overreaction, and there is plenty of proof around the world of the devastating result of responding too late," she said.

There is a determination from the government not to return to lockdown, as has happened in other countries where restrictions have been loosened, and outbreaks flared up again.

But once New Zealand moves into level 3, it will have to rely on people's co-operation even more than ever, as it's openly acknowledged it would be harder to enforce than level 4 because the rules weren't so black and white.

There was "extra risk and a high level of trust and responsibility," Ardern said.

"The success of our lockdown and the majority of people showing that they can follow the rules gives me confidence that the same level of discipline to keeping to the rules at level 3 continues to apply, if not more."

She wanted to avoid the situation where New Zealand was going back and forwards between alert levels; that was destabilising and bad for business recovery.

"The last thing that those businesses want to see ... is them starting up and then shutting down again, so I think everyone would agree we want to get the lockdown right.

"We want to make the decision of moving out of the lockdown at the right time so we don't go back," she said.

Even with some businesses preparing to trade in new, contactless ways, there's no good news for the large personal services industry: hairdressers, beauty therapists, nail salons and the likes.

Tourism is decimated, and with no sign of the borders opening any time soon, that industry is beyond what happens at different alert levels.

As well as the almost $20 billion in rescue spending committed so far, the government is actively working on packages for those sectors whose long term prospects are grim, and has indicated money for broader job and economic support will keep coming.

The message from Ardern is it's largely in New Zealanders' hands how long they'll have to live under such tight restrictions.

"After a while, if we don't show further signs of illness, we can go back to a life that is a bit more normal, which is what alert level 2 really starts to feel like," she said.

"If we deteriorate, then it's back to lockdown, at level 4."