The school climate strikes organiser standing for the Greens in Mt Albert isn't currently allowed in Parliament - after being banned for a year. 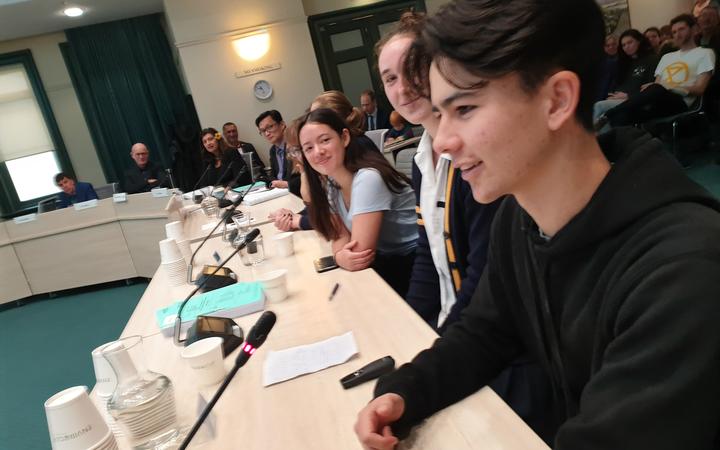 Seventeen-year-old Luke Wijohn is the youngest candidate and will be campaigning for party votes in Prime Minister Jacinda Ardern's Mt Albert electorate.

But in August, Wijohn was part of a group of students banned from Parliament, for singing a waiata in the public gallery in support of Ihumātao protesters.

"I was banned for a year so I will be back in and allowed back in pretty soon.

"I think what it comes down to is that, in New Zealand, there is no legitimate way for youth to have their voices heard in those halls, in Parliament," he said.

Wijohn said the ban hadn't crossed his mind when going through the candidate selection process.

"I had actually completely forgotten about the ban until you contacted me, because it hasn't really affected my life... it's not really going to affect it I don't believe," he said.

If elected, Wijohn will be the youngest MP in New Zealand's history.

"It's going to take every generation working together to fight climate change, tackle inequality and protect nature.

"During the climate strikes adults would tell us that nothing is going to change until my generation was at the table, and we're running out of time," he said.

Wijohn had this response for people who would suggest he is too young to be an MP: "They've got to think about what they want our democracy to be. At the moment we have a parliament which represents a small portion of New Zealand and if we want our parliament to truly be representative then we need to be listening to all the voices of Aotearoa," Wijohn said.