A group of students, including some Youth MPs, have been banned from Parliament for a year, after singing a waiata in the public gallery in support of the Ihumātao hīkoi.

A dozen or so protesters stood and sang Tutira Mai Nga Iwi while holding up the Tino Rangatiratanga flag at the end of question time this afternoon.

Speaker Trevor Mallard asked security to kick them out when they continued to sing after he called for order. 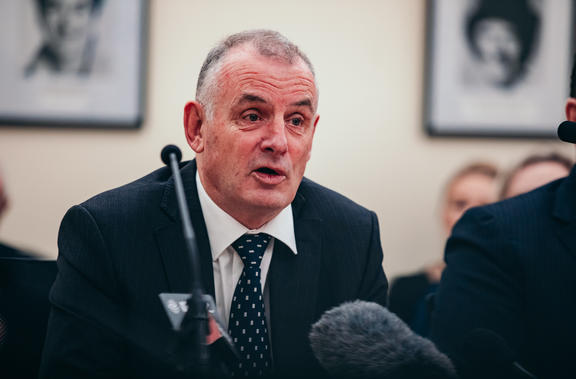 It is against Parliament's rules for people in the public gallery disrupt proceedings - and they were promptly escorted out by security - and had their punishment handed out.

Out the front of Parliament the protesters, all about 18 years old, said they did this to bring attention to the hīkoi that made its way to Prime Minister Jacinda Ardern's electorate office today.

Jaq Liang said this was about showing solidarity with the hīkoi.

"They are taking this kaupapa to Jacinda Ardern's doorstep and we thought we'd take it to her other doorstep," she said.

The stunt was organised through word of mouth, with some of the group only meeting each other for the first time as they went into the public gallery.

Kelsey Lee said this was an important issue for her because what's happening at Ihumātao was "hurtful".

She said she was disappointed with the Speaker's reaction.

"We were just there in peace, so it was a little bit disappointing that they were so aggressive about it. We're just exercising our civil rights really," she said.

But Mr Mallard said the punishment he handed out was standard practice.

"First of all when people interrupt Parliament they get a period of a ban, but when they defy an instruction to stop it becomes more serious," he said. 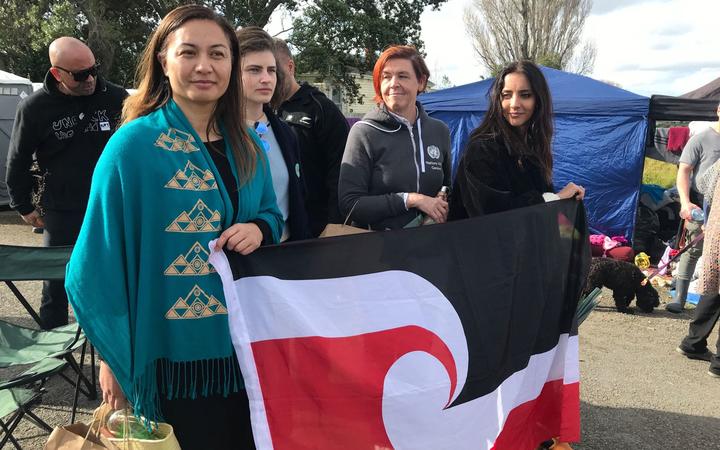 But all three made it clear their MPs had no knowledge or involvement in their protest plans.

News of their one year ban is a surprise to them.

"This is the first I'm hearing of that, I didn't know we were banned from Parliament, no one told us any of that," Luke Wijohn said.

But Arie Faber said it was still worth it because they "can still protest outside Parliament, that's what matters, right?".

It seemed these Youth MPs were following in some current MPs' footsteps - including the Speaker.

Mr Mallard told reporters after the incident that "there are at least two current members of Parliament who have had matters of trespass and court experiences as a result of behaviour defying speakers".

The Speaker confirmed he was one of those two MPs.