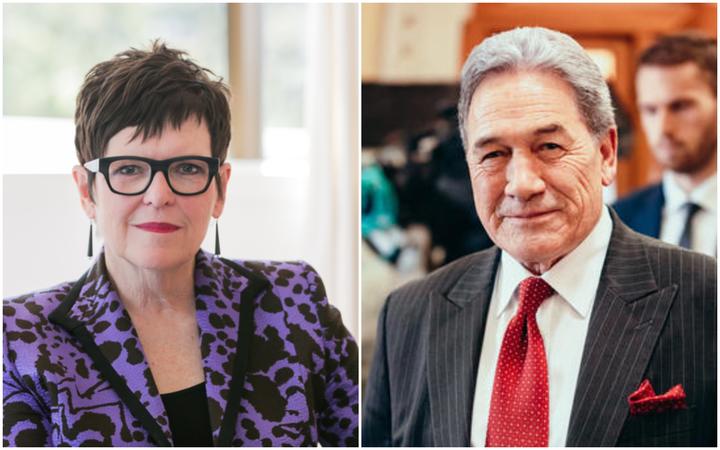 In February RNZ reported political pressure was mounting on whether it was tenable for Dame Jenny to remain on the council in the wake of a High Court ruling holding her liable for $6 million.

The court ruled that collapsed property and construction company Mainzeal traded while insolvent for nine years and held some of the directors, including Dame Jenny, liable for $36 million for letting it happen.

After the ruling Dame Jenny stood down from the board of China Construction Bank New Zealand but stayed on the New Zealand-China council.

Winston Peters was highly critical of Dame Jenny in the lead-up to the Mainzeal decision and she is one of five council members who have now been removed.

"We have had to make adjustments in the interest of performance going on into the future and you can read into that what you like,'' Peters said in response to questions on how he felt about Dame Jenny leaving.

The council receives approximately two-thirds of its operational funding from the government through an annual grant from the Ministry of Foreign Affairs and Trade.

Peters wouldn't comment on the other members leaving but was happy to elaborate on Dame Jenny.

"I'm surprised she was put there in the first place, what on earth does she know about business? And the answer to that is zero,'' he said.

Peters said he had met with the council in the last ten days to "make it very clear that we want a performance-related outcome'' from the group.

"When we see things like Fonterra going down and when you see for example Silver Ferns farms going into overseas ownership on deceptive and duplicitous papers being put in front of the New Zealand ownership, then (the council) have a role to defend this country as well whilst we're improving our relations with China,'' Peters said.

Asked if the council was transparent enough given it's largely funded by taxpayers, he said "it will be''.

"You can guarantee it will be more transparent under the current administration.''

The council was set up in 2012 as part of the government's China strategy. It operates as a cross-sector group on matters related to the New Zealand-China relationship.

The council's executive director Stephen Jacobi had already announced he was stepping down from the role that he's held since 2016 and a successor will be appointed in the new year.