The six-month trial to reduce response times to gun incidents in Counties Manukau, Waikato and Canterbury has resulted in widespread criticism.

New Zealand Music Awards' Album of the Year winner, Tom Scott has made several posts on Twitter against the militarisation of police.

"Honestly, we gotta do something about this, I'm not crying wolf.

"This militarisation of the police has to stop, someone hit me up and let's do something, we gotta go rally at the Beehive or something, this is just not the one," he wrote.

One post included the link to a petition asking Ms Ardern and Police Minister Stuart Nash to stop the trial of armed response teams.

It also calls for the commitment not to further arm police. 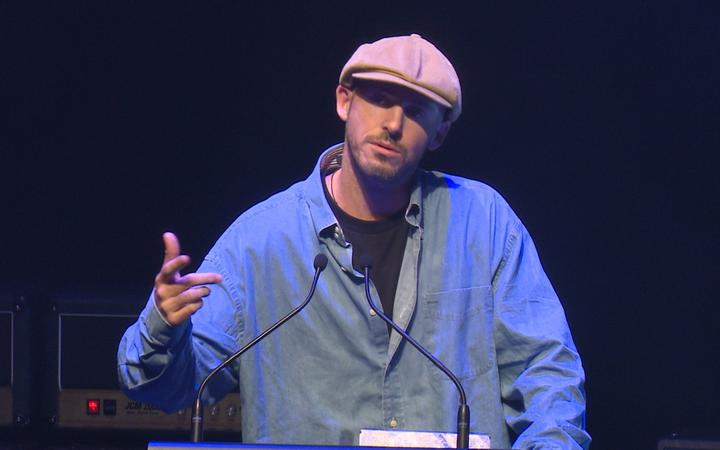 The rapper has since posted a screenshot of messages sent to him by the Prime Minister, which has been confirmed by her office as authentic.

Ms Ardren wrote to the rapper that the government could not tell police what to do operationally, however some members have met with the Commissioner Mike Bush to share their views.

She added that she has said publicly many times she does not support the general arming of police and it will not happen while she is Prime Minister.

Special police patrol vehicles carrying armed officers have been tasked with patrolling Counties Manukau, Waikato and Canterbury as part of a six-month trial to cut down response times to serious incidents involving firearms.

Police were criticised after one of the teams arrested a man in suburban Hamilton.

Māori leaders have raised concerns that armed police will result in more Māori being shot, and expressed more concern after the Hamilton arrest at the apparent change in the teams' purpose to inlude low-level offending.

The Mental Health Foundation has also criticised the use of Armed Response Teams, saying they will result in people experiencing mental health crises being shot.