The National Party leader is not ruling out extending the 'no jab, no pay' proposed policy on people receiving Working for Families payments.

The newly selected National Party candidate for Botany, Christopher Luxon, told Morning Report yesterday he supported the proposal floated in the party's social services discussion document of cutting sole parent benefits if a child of theirs had not been vaccinated, and even extending it to people getting Working for Families.

Simon Bridges told Morning Report's Susie Ferguson today that he was not surprised by Mr Luxon's comments, because they were in line with what other New Zealanders thought.

"He was 'Susie-d', all right, it happens to me every now and again. You had a persistent line of questioning, you got him nine hours into being a fresh-faced candidate for the National Party, he's an excellent candidate."

Feedback they have had so far on the 'no jab, no pay' proposal was in support of it, with requests to even take it further, he said.

"There's a lot of emails and correspondence saying go further, it's not our policy to date, but we welcome the feedback."

He said he was also not ruling out extending it for those on a Working for Families benefit.

"It is possible that we go further than we have stated in the document, and we're asking the question, I think ... there is a clear case there in relation to immunisation and pulling government levers."

All the levers of the state should be pulled to increase immunisation rates, he said.

"We've got immunisation that's tracked down under this government, we need to see it go back up. It is, without wanting to be dramatic about it, a life or death issue.

"What are the levers of government? I think we do have some, I think there's a clear connection if you're taking sole parent benefit, for example, and that's why we put that forward."

He encouraged people to submit their views on the discussion document if they felt strongly about the proposed policy.

Asked about people comparing Mr Luxon to former Prime Minister Sir John Key, Mr Bridges said that was a sign of the strong candidates and talent the party brought forward.

"He's an excellent candidate, it shows how strong we are and I hope, and I think it will, give New Zealanders a real confidence in National going into the next election. 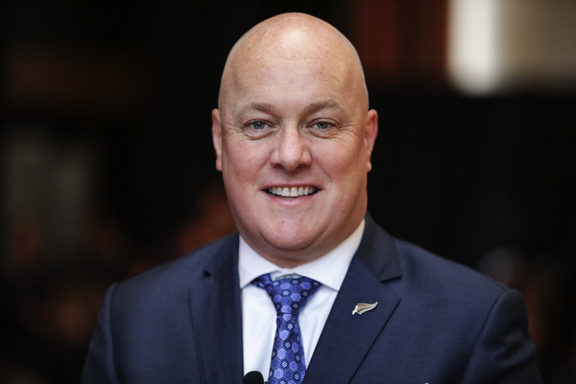 "The reality is we're filled with people who are ambitious for New Zealand who have aspirations in the National Party."

However, Mr Bridges said he would not delve into party list placings and whether or not Mr Luxon would be placed high.

"I think the reality is, Chris knows, and everyone would expect his pass to Parliament is [based on] winning the seat of Botany, not a list place.

"The reality is if you think about how this works, in seats we expect to win, with new candidates it's not a usual position for them to have a high list placing.

There have also been comparisons drawn to former National MP Steven Joyce, he said.

"I think the reality there is Steven Joyce was a very special case, he was steeped in the party as both general manager and campaign manager.

"Christopher is an excellent candidate, he knows his job is embedding himself in Botany, learning politics - a very different beast from business - and he's going to set about doing that."