Former Air New Zealand chief executive Christopher Luxon has been chosen as the National Party's candidate for the Botany electorate. 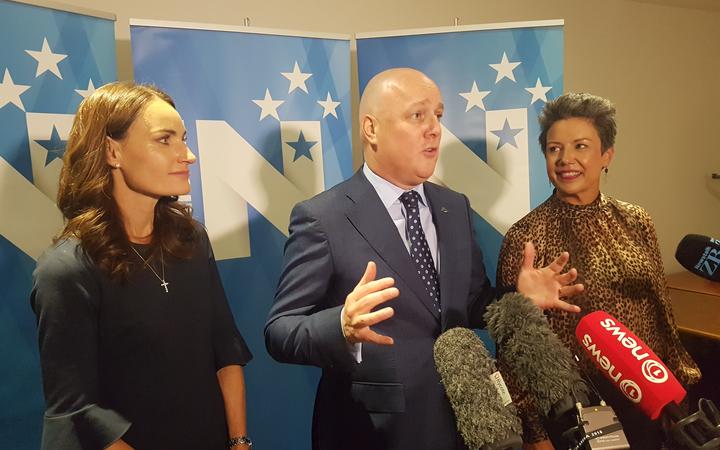 He will contest the seat held by Jami-Lee Ross, now an independent, who quit National in explosive fashion last year.

It is Mr Luxon's first successful political step, after putting his name in the hat for Botany less than a month ago. But with "future leader" tags all over him, the 49-year-old quickly shut down questions about any near-future leadership aspirations.

"We've got an awesome leader in Simon Bridges. He's a very talented, very experienced guy. That's what this country needs right now - we need to make him prime minister immediately," Mr Luxon said, speaking to media after his selection.

The Botany electorate has elected a National Party candidate by a large majority each election since its establishment in 2008 - first Pansy Wong and then, since 2011, Jami-Lee Ross.

Mr Luxon was chief executive of Air New Zealand for the better part of seven years, during which the airline won a host of awards including the world's best airline.

But politics is a different game; Mr Luxon spoke about learning and listening and starting from the ground up.

"My real ambition is to represent Botany exceptionally well. I've got a lot to learn [to be] a very good local member."

So what are his political values?

"It's about personal responsibility, it's about reward for achievement, it's about caring for people and doing the job for people. I love this country, I love this electorate and I want to be able to find a way to give back."

He said he's against the three major conscience issues going through parliament at the moment - voluntary euthanasia, recreational cannabis and abortion reform - but is in favour of medicinal cannabis. But on conscience issues he said he could be swayed by what his constituents think.

Mr Luxon complimented Prime Minister Jacinda Ardern, saying she's a "really decent and good New Zealander", but said the issue is there's not a competent team around her.

"I'm just interested in solving problems, and we have a lot of problems in this country. We are very good at platitudes, we've got very good at buzzwords and ideology, but we're not getting things done for people. That means that we're not making a difference in people's lives daily, and that's something we have to work really hard at."

He rejected assertions he'd been helicoptered in for an easy win, saying he grew up and went right through school in the area, and was selected by locals.

National Party campaign manager, deputy leader Paula Bennett, said Mr Luxon had a lot to learn and a lot of doors to knock on over the next year.

"He'll have something to offer, and there's no two ways about it. He's a talented guy. I know that we're running policy and things by him. But he's got a seat to win in Botany and he can't take that for granted."

Senior National MP Judith Collins said Mr Luxon would be hitting the ground running and had impressed a lot of people.

"I think he's done a great job, and I think he's a very impressive person ... He's got a great set of skills," Ms Collins said.

After a firestorm of National Party drama late last year, Botany MP Jami-Lee Ross will run as an independent. He said he had more to offer locals as an independent than a rookie MP sitting on the backbenches.

"Botany people have a real opportunity to elect an advocate who can stand up for them and voice my opinions on their behalf. An MP from a major party can't do that - they have to toe a party line and they have to sacrifice local needs to ensure the best for the party. I don't have to do that, I just work on behalf of Botany people."

Asked if he'd rule out ever running for party leadership, Mr Luxon said "you're getting way ahead of yourself".

"I've just been elected to be the candidate for Botany. I've got a lot of work to do, I've got a lot to learn. And more importantly, frankly we've got a job to do - to make Simon Bridges the Prime Minister of New Zealand," Mr Luxon said.