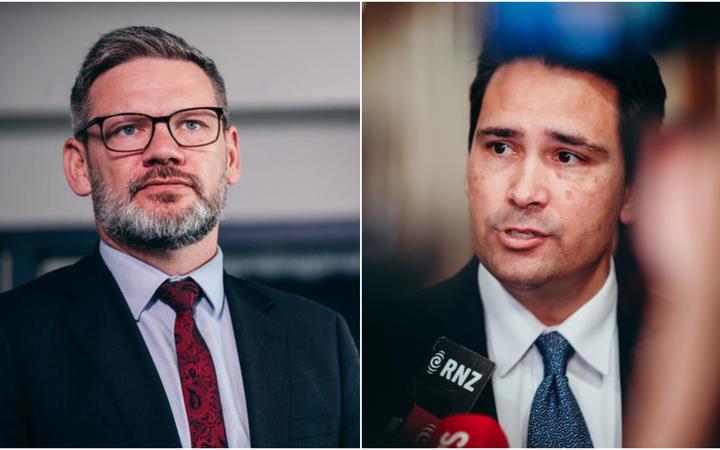 The opposition came out swinging against a ministerial decision to grant a recidivist drunk-driver residence, but it quickly became apparent National had also allowed the man to stay in New Zealand while it was in government.

It's left National with some egg on its face, but it will be banking on the public reading the damning headlines and ignoring the finer nuances of a complicated case.

Not only is the Sroubrek case still under appeal, it has also made any subsequent call by the Minister more vulnerable to opposition attacks.

The latest relates to a man whose identity, circumstances and country of origin all remain under strict legal confidentiality. We do know he was granted "Protected Person" status in 2012 and so can not be deported. He has eight convictions - six for drunk driving - but none since 2012.

National leader Simon Bridges claimed the government had granted the man the "keys to the kingdom" with increasing access to a range of entitlements.

But the argument holds little water given National's prior dealings with the case - something that clearly came as news to Mr Bridges.

When questioned by reporters, Mr Bridges said he had no knowledge of National's involvement, he wasn't party leader at the time, and any questions were for Mr Lees-Galloway to answer, not him.

The problem for National is that as minister in 2013, Michael Woodhouse granted a temporary work visa to the man and, according to a statement from Mr Lees-Galloway, made it clear that would be rolled over. Immigration NZ did just that in 2016, approving a second temporary work visa.

Under that kind of visa, a Protected Person can work in New Zealand and access publicly-funded healthcare and welfare. You could argue the man had already been given the "keys to the kingdom" by the then-National government.

Residence does grant the man one key advantage: the assurance he can stay here long-term and the ability to apply for citizenship. But that's not too far different from an ever-rolling-status of temporary visas.

Mr Woodhouse says he cannot remember the case coming across his desk or granting the temporary visa, which is odd given it is the sort of file that would likely set off alarm bells.

And there's an interesting precedent that occurred under Mr Woodhouse's watch: a self confessed member of Mugabe's secret police, William Nduku, is also a "Protected Person".

In 2017, the minister refused to grant him a temporary work visa and Nduku ended up leaving the country of his own volition.

That raises a valid question for the current minister.

The drunk-driver cannot be deported under the Convention of Torture, but there is no ministerial obligation to grant him residence, or in fact any kind of visa.

If left "in limbo" as Simon Bridges said should have happened, it is possible he would up and leave New Zealand himself. That would relieve New Zealand of having to keep him here while technically not breaching the Convention through active deportation.

There is another alternative though: the man could just stay on in New Zealand and go on the dole, as he's entitled to as a Protected Person. And how would the taxpayer feel about that?

Mr Lees-Galloway says the man has been in the country for two decades and has "kept their nose clean" in recent years.

Granting the man residence would reduce bureaucracy, the Minister said, and allow him to settle properly in New Zealand rather than "kicking the can" down the road.

There are legitimate questions as to whether that's the right decision, but it's tough for National to ask them given the actions it took when it was power.