The new Treasury boss has had to make an embarrassing apology to the Finance Minister, just weeks into her new job, after a second lapse around confidential information. 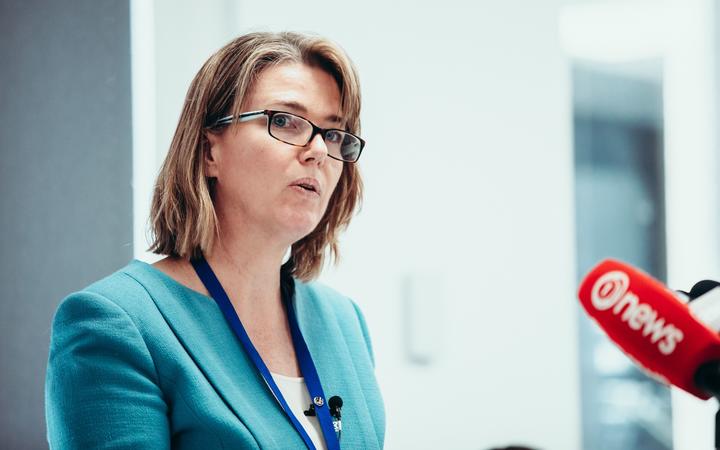 The agency was roundly criticised earlier this year after it allowed fragments of the Budget documents to be accessed by the Opposition.

In a statement issued this morning, Treasury admitted it had made another blunder, publishing a section of the government's financial statements on its website almost a week before it was due to be released.

The data was open to the public for about one hour, but was removed before anyone saw the figures, the agency said.

"While the information was not accessed and the error was fixed quickly, the fact that it was on our website is unacceptable," Secretary to the Treasury Caralee McLiesh said in a statement.

"I apologise that it has happened, and I have apologised to the Minister of Finance."

Ms McLiesh - who started in the role last month - said the blunder was down to "human error", with a staff member pasting content in the wrong place.

"Those involved took quick action to fix the error as soon as they discovered it. We have implemented process changes to prevent this happening again."

The financial statements, which were officially released on Tuesday, revealed a whopping $7.5b surplus - the largest in a decade.

"I expect better," he said in a statement.

"It emphasises the importance of the Murray Jack review and the Treasury implementing the recommendations from that."

Management consultant Murray Jack is currently heading an inquiry into the earlier breach in which the National Party used Treasury's search function to access and then release secret Budget information.

Treasury's then-secretary Gabriel Makhlouf - who now heads Ireland's central bank - was criticised for claiming the department's website had been "deliberately and systematically hacked".

Mr Jack's inquiry will look into how the material was accessed and what actions need to be taken to prevent a repeat.

Ms McLiesh said she would reveal more details about the steps Treasury would take to improve its processes when that inquiry reports back.

National Party spokesperson for economic development Todd McClay said the error demonstrated a lack of leadership and accountability from the Finance Minister.

"This is a government and Treasury that through their own ineptitude put information about the Budget up on their website that people could just search.

"It seems that they've learnt nothing at all," Mr McClay said.

"It's clear that Grant Robertson and the government are very focused on counting people's taxes, much less on protecting privacy."