National says the government's "soft on crime" approach has led to nearly 1400 more people joining gangs since it took office.

Simon Bridges says National is working on a Gang Plan that will "crack down hard" on gangs. Photo: RNZ / Dom Thomas

But Labour says a look behind the numbers shows that's not true, and gang members deported from Australia are behind the increasing tide of methamphetamine reaching our shores, and rising gang membership.

Figures obtained by National in response to written questions to the Police Minister show that the number of patched gang members has increased by 26 percent since October 2017.

Gang membership in the Bay of Plenty and Eastern districts has increased by more than 200 and in the Tasman district it has almost doubled.

"The government's approach to policing, to law and order, to Corrections, which is overly focused on reducing prison numbers at any cost.

"And also just sending signals around things like not being prepared to do Firearms Prohibition Orders, which would get at the gang's guns sends a message.

"It makes quite clear that, you know, you won't have to do the time, that there's less of a focus on these things, that in short they are soft on crime", he said.

"I think it's true to say that serious, violent crime has gone up, we've seen that in the figures and I've been vocal on that over the last few months," he said.

However, police minister Stuart Nash said: "the claims don't stand up to scrutiny," and crime by gangs is being targetted on several fronts.

While gang membership has increased, the trend dates back to National's last term, he said.

"A large part of the growth in gang numbers can be traced to criminals deported from Australia.

He said the current government have increased frontline police officers by 10 per cent since 2017, and as recruitment and training continues, are on track for a 20 per cent increase in police by 2021.

"Seven hundred officers will be specifically assigned to crime prevention and organised crime and gangs.

"Since 2017 police have seized cash and assets of more than $100 million from gangs. This sends a powerful message to gangs that crime does not pay and they will not profit from their offending."

Under Labour there had also been an increased emphasis on decreasing demand for drugs supplied by gangs, by helping addicts receive treatment, and establishing new treatment services. 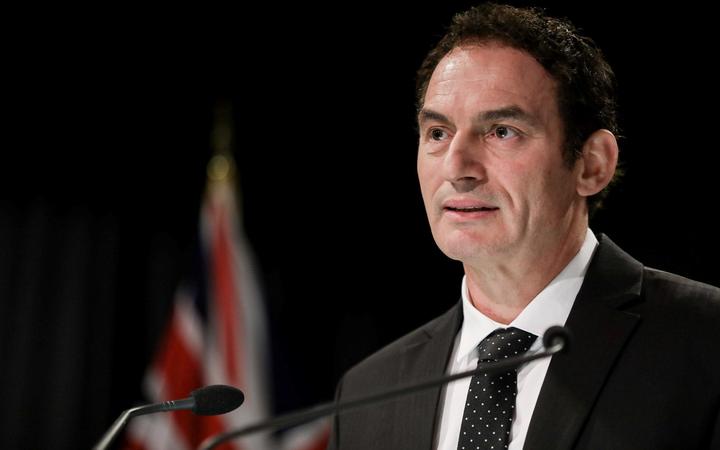 Stuart Nash says an increase in police staffing and improving treatment for drug addicts are among measures the government has taken to curb the influence of gangs. Photo: RNZ / Dom Thomas

In April, the National Organised Crime Group's Detective Superintendent Greg Williams said the Comanchero's gang had got a foothold in East Auckland after patched members were deported to Auckland, and established a chapter.

Minister of Corrections Kelvin Davis said the proportion of gang members in prisons has steadily increased for the last 30 years, which is a problem for all of society.

"National had given up on any ideas to address the issue. Their only plan was to build American-style mega-prisons, which just turn low level criminals into hardened criminals, and lead to escalating costs for the taxpayer, with no reduction in re-offending and no social improvement.

"We haven't changed any rules or lowered any thresholds to achieve this - we've done it by preventing unnecessary delays for people in the justice system, targeting blockages to make the system more effective and reducing the likelihood of future offending by giving extra support to defendants on bail."

He said the coalition government has introduced smarter approaches to problem solving at the top of the cliff.

These include a boost to mental health and addiction services, a Gang Engagement Framework to help gang members establish new support systems other than their gang connections, and $98 million invested into a partnership between Corrections, Whānau Ora, the Minister of Social Development and iwi to create a programme at Northland and Hawke's Bay corrections services, to use kaupapa Māori to break the cycle of re-offending.

Mr Bridges said National is currently working on a Gang Plan which it will release next year and that will "crack down hard on gangs".

"It's going to be about giving police the resources and the powers to deal swiftly and decisively with gangs in New Zealand," Mr Bridges said.