Wellington Mayor Justin Lester has revealed how much he's had donated to his mayoral campaign. 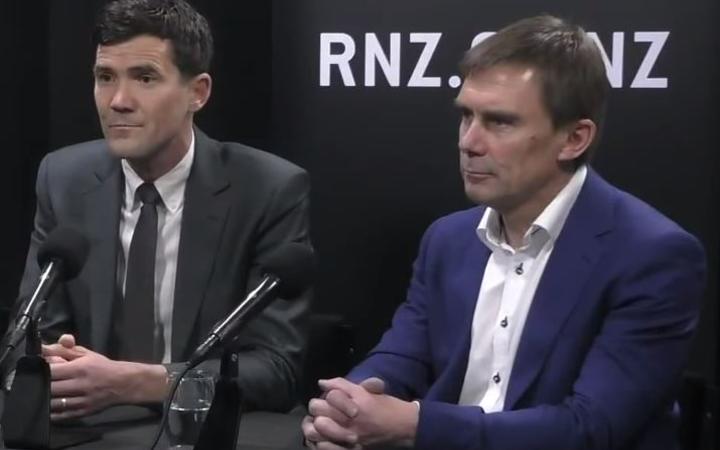 However, his main opponent, Andy Foster, is still refusing to say how much Sir Peter Jackson has stumped up in a bid to get Mr Foster in the mayoral chains.

During the debate the Labour-backed incumbent Justin Lester said he'd reveal what had been donated prior to the election - and challenged others to do the same.

But Andy Foster refused to say how much Sir Peter was contributing to his campaign, however he said it was a substantial amount.

Both he and the movie mogul are opposed to a proposed development at Shelly Bay, on Wellington's Miramar Peninsula.

Mr Foster said Sir Peter was not his only backer.

He said would be transparent about his backers, and he would ask them this week if he could disclose what he'd been given.

However, when contacted last night he said again he had several backers, and the amount he'd been given would come out in due course. He said the material thing was that he hadn't changed any of his policies at all, based on who'd given him money.

Justin Lester said he had received one donation over $1500: $5000 from the union E Tū, which donated the same amount to his campaign in 2016.

"We've had a quiz night, we sold raffles, I've had small scale donations mainly between $20 to $50 from a whole range of people."

Mr Lester said so far he'd raised $21,000, for a campaign he expected to cost about the same.

He said the biggest donation he'd had was volunteer support. There were about 250 people around the city making phone calls and door knocking.

They were friends, family, people who were committed to the same values as the mayor, and Labour Party supporters.

In Tuesday's debate Diane Calvert said she'd had a few donations but they were small, and from a variety of donors.

Mayoral candidate Jenny Condie said she would not be taking donations from property developers and would list everyone who gave her money on her website.

All donations over $1500 and the amount spent on election campaigns must be made public after the election.

According to local electoral law, the most people running for mayor of Wellington city can spend on a campaign is $60,000.