Some of the people who've complained about a Labour Party staffer have accused the party's president of not "telling the truth" and say he has let them down. 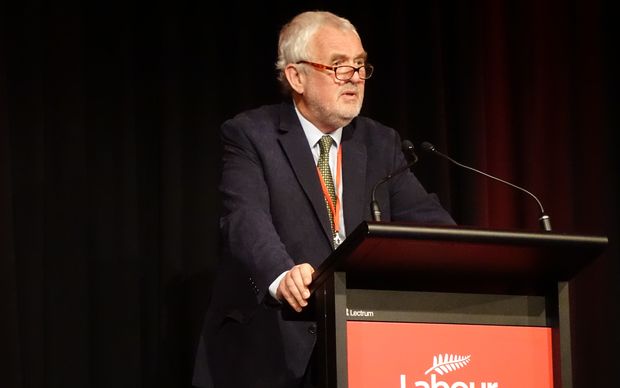 Labour president Nigel Haworth has been under increasing pressure over his handling of at least seven formal complaints about a male party member.

The Spinoff yesterday reported the detailed account of a 19-year-old volunteer who said she had told Labour's ruling council that a staffer had sexually assaulted her, but no disciplinary action was taken.

Another complainant today told RNZ's Checkpoint that he had warned the council about inappropriate sexual behaviour by the Labour staffer.

But Mr Haworth denies that he or Labour's investigating panel were informed about the serious allegation of sexual assault.

A complainant has now provided a statement to RNZ, saying they are "incredibly disappointed" by Mr Haworth's response.

"I'm incredibly saddened to hear today he himself did not believe our own stories," the statement said.

"We have had so many email exchanges that talk about the nature of the investigation, and each time he's responded in line with what we've told him. We know that Nigel isn't telling the truth."

The statement said, until now, the complainants had believed that Mr Haworth had had the best of intentions.

"He was like a fatherly figure to us six women and he's let us down."

The statement was also critical of Prime Minister Jacinda Ardern and suggested she should have followed up with more questions when sexual assault claims were reported five weeks ago.

The complainants said several of them got their start in the party volunteering for Ms Ardern's campaign to win the Mount Albert electorate and it was time for her to return the help.

"She has a lot more resources than us, we can't keep this up all on [our] own and we still need her help. Her staff were told about the investigation early this year.

"She gave us hope in the party," the statement said. "Now is the time to act."

Mr Haworth issued a statement on Tuesday afternoon, doubling down on his position that the party was not told about the sexual nature of the allegations.

"The serious allegation of a sexual assault, outlined in The Spinoff article and in other media, was not provided to the President and Acting General Secretary at a meeting in the Wellington Central Library or subsequently to the Labour Party Investigation Panel.

"The most important thing that can happen now is for the QC-led appeal process to run its course and reach a conclusion on these matters."

The sole male complainant spoke to Checkpoint on Tuesday, describing the complaints process as "deeply re-traumatizing".

"It was horrific. The whole thing felt like it was orchestrated to protect [the Labour staffer] and his image. And the power imbalance was huge. It was clear that the party had no idea what it was doing."

The complainant told RNZ he had raised allegations of inappropriate sexual behaviour with Labour's investigating committee in March.

He said he had also described "elements of sexual abuse and sexual assault" in a meeting with Mr Haworth after the investigation had concluded.

The complainant said several of the alleged survivors discovered that aspects of their testimony had been omitted in written transcripts given to them after the investigation had concluded.

"I discussed the fact that there was a degree of sexual abuse and sexual assault behaviour by this individual... and also general culture within the Labour Party of rape culture.

"Those things were discussed - and on review of the transcript from my interview, that was not recorded."

The complainant said he had previously confronted the Labour staffer about his behaviour and the man had tried to hit him.

He said he thought it was plausible that Ms Ardern was not aware of the seriousness of the allegations and would like the opportunity to meet with her one-on-one.