The KiwiBuild reset is promising to right the wrongs of the failed programme, but experts say the devil will be in the detail - which is yet to be seen.

A KiwiBuild home at the McLennan development in Papakura. Photo: RNZ / Eva Corlett

The government has stripped KiwiBuild back to its bare bones, scrapping its 100,000 new homes in 10 years target, replaced by a pledge to build as many homes as possible, with monthly updates on progress.

Hundreds of the scheme's unsold properties in Wanaka, Canterbury and Te Kauwhata will go on the open market, with the money raised to be recycled back into the programme.

KiwiBuild 2.0 will invest $400 million in progressive home ownership - like rent-to-own, or shared equity schemes - make it easier for first-home buyers by dropping deposits to 5 percent, and get rid of the asset limit for second-chance buyers.

However, Auckland University of Technology professor John Tookey said the details were vague at best and the reboot did not get to the crux of the problem.

"It's somewhat unambitious in the first instance, and in the second instance we're still no wiser with regard to capacity growth. It's your key constraint whatever that may be, [for example] developed land availability or skills necessary to actually deliver the goods.

"Capacity is what is lacking and that hasn't been addressed in any way," he said.

He was more optimistic about the possibility of a progressive home ownership scheme, though what that will look like remains unclear with the minister set to report back to Cabinet by the end of the year.

"It's something we should have been doing for a long period of time, however it's one highlight in amongst a mix of initiatives that are beige, they're a bit pale and insipid," he said.

Others in the industry were more welcoming of the reset.

Shane Brealey, managing director of developer NZ Living in Auckland, said he was glad to see the targets dropped.

"It's a distraction. I think building as many as we can as fast as we can keeps us focussed on doing exactly that," Mr Brealey said.

"If there's a dashboard with a monthly report card to be submitted, they won't want to see that stall so it'll keep ticking over, I'm sure."

And Campbell Roberts from the Salvation Army said backing off the numbers and focussing on supply in the right places was "exactly the right approach."

"We warned them [the government] right from the start that the numbers were unrealisitic," Mr Roberts said.

"These are successful products, they are delivering to low income New Zealanders now ... people are getting into houses.

"It's a matter of taking the best that's being offered already and making that work." 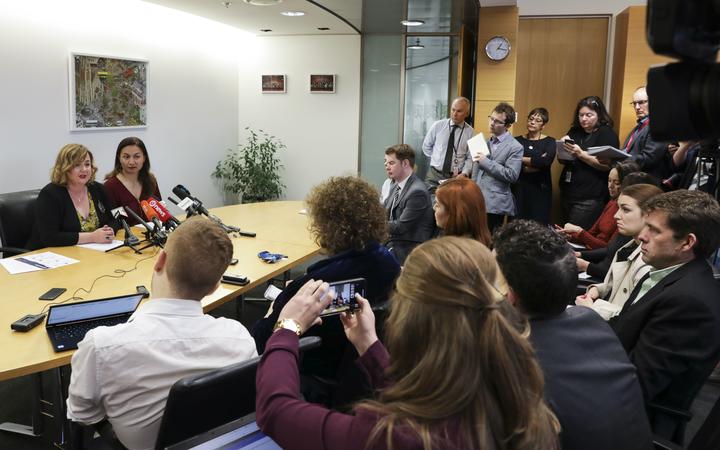 South Auckland father Joseph Fa'afiu has been part of a rent to own scheme through Habitat for Humanity for five years, and said the scheme had been a blessing for him, his wife and soon to be six children.

"It's just taken a burden off. Even thinking about where to live or how we are going to survive day by day," he said.

"We obviously pay every week our rent, but the amazing thing is we know we are working towards ownership, we know it will become an asset for our family."

He said it was something his family would have been unable to do before.

Habitat for Humanity chief executive Claire Szabo said they were very keen for the government to take on a similar scheme.

She said the government was working with providers already offering schemes to sort out the details.

"It's really important they get the details right, that's something we've all learnt, I think, in the last period of time trying to deliver housing in New Zealand. The devil really is in the detail," she said.