The NATO Secretary-General and the US Secretary of Defense will be in New Zealand on separate visits next week. 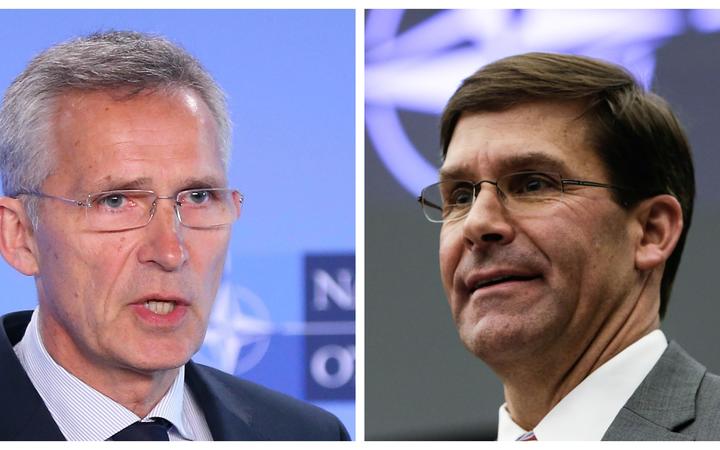 Secretary-General Jens Stoltenberg and Secretary Mark Esper will both in the country on 5 and 6 August.

Prime Minister Jacinda Ardern said it would be Mr Stoltenberg's first visit to New Zealand in his role at NATO, having previously visited as Norwegian prime minister.

"This is an opportunity to discuss global security challenges such as terrorism, maritime security and cybersecurity, as well as ways to boost the involvement of women in peace and security initiatives.

"New Zealand has supported NATO-led efforts to bring peace and stability to Afghanistan since 2001 and in June we refocused our deployment to reduce personnel on the ground and pursue new positions to enhance the involvement of women, including in peace negotiations and post-conflict processes", Ms Ardern said.

Mr Stoltenberg will have engagements in Christchurch and Wellington during his visit.

Meanwhile, Defence Minister Ron Mark will be meeting with Mr Esper in Auckland.

Mr Esper was sworn in as the United States' 27th Defense Secretary on 23 July.

Mr Mark said the main business of the visit would be a bilateral Defence Ministers' meeting.

"New Zealand shares a longstanding friendship with the United States, founded on a mutual interest in a free, democratic, secure and prosperous world," Mr Mark said.

"I look forward to meeting with my US counterpart and discussing, amongst other things, some of the challenges to New Zealand and United States shared interests in the Asia-Pacific region, as well as defence capability."