Analysis - The government sets out to change the RMA; farmers don't like the Zero Carbon Bill; Jacinda Ardern steers clear of a fast-growing protest at Ihumātao; and Boris Johnson gets a mixed reaction as new UK prime minister. 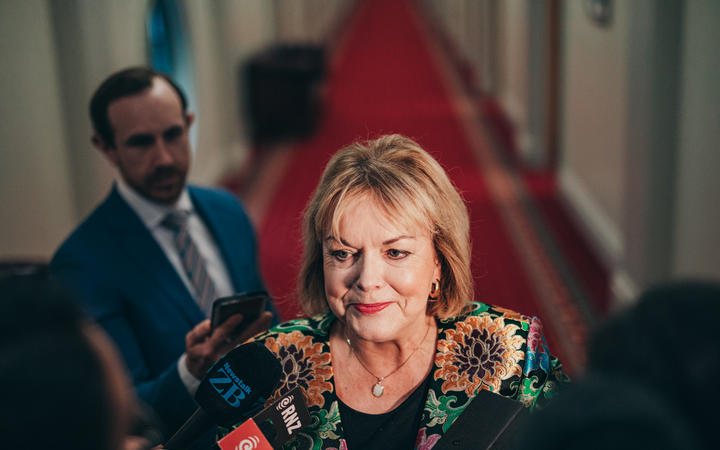 National tried for years to change the Resource Management Act (RMA) and failed. Now the Labour government is having a go and might not find it any easier.

The review of the RMA, announced this week by Environment Minister David Parker, is fraught.

It's a monumental piece of legislation. Passed in 1991, it encompassed more than 50 separate Acts and since then has been amended more than 20 times. It's nearly twice as long as it was and in Mr Parker's words, it is difficult to interpret. 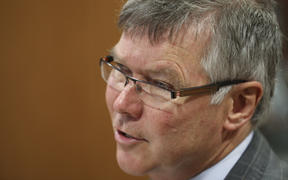 Even its architect, Sir Geoffrey Palmer, said it was no longer fit for purpose.

National's nemesis was Peter Dunne. It needed his vote for a majority to pass amending legislation and despite many months of negotiation he refused, believing the proposed changes would seriously erode the right of communities to influence development.

That's the crux of the problem Labour is addressing: Under the RMA, environmental protection is delaying and even preventing development, particularly new housing. Planning rules have become cumbersome, costly and very time-consuming.

When National was trying to change that it told many tales of consents costing more than proposed building and infrastructure projects.

Housing and RMA spokesperson Judith Collins believes the government has at last seen the light: "The fact is that the government has worked out it can't get its own KiwiBuild developments going without changing the rules shows just how bad it is for everyone else."

A review panel is being established under the leadership of retired Court of Appeal Judge Tony Randerson. It is yet another working group but Mr Parker rightly said he could not do it himself on the back of an envelope.

The report is due in May next year, not far away from the next election. That raises the possibility, probably the likelihood, that the extent of proposed changes will become tangled up in coalition negotiations involving the Greens and NZ First, assuming Labour leads the next government.

There is a big gap between those two on environmental and development issues.

Another problem for the government, also linked with the environment, emerged this week with the first select committee hearing on the Zero Carbon Bill. It sets a target of a 10 per cent reduction in biological methane emissions by 2030 with a provisional reduction ranging from 24 per cent to 47 per cent by 2050.

Farmers don't like it. DairyNZ chief executive Tim Mackle told the committee the upper range was unattainable. Total farm profit could be reduced by between 33 percent and 42 percent between 2030 and 2050.

"That's more than 10 times higher than the cost of $2500 per farm estimated by the government," he said.

Mr Mackle was concerned farmers were being "set up to fail" if research into developing the technology needed to reduce emissions does not deliver in time.

The stark contrast in attitudes to agricultural emission reductions was clear when Forest and Bird chief executive Kevin Hague spoke to the committee. He said the world couldn't wait for new technology and farmers needed to act now.

"If we imagine that we are going to hit any of these targets without making significant land use charges, we are kidding ourselves."

And that is the crux of the problem. Does meeting the government's targets mean the end of farming as we know it?

The committee is reported to have received more than 10,000 submissions on the bill. It's going to travel a long and rocky road before reporting the legislation back to parliament. Consensus between Labour, National, NZ First and Greens' MPs will probably be impossible to achieve.

Ihumātao: The PM won't go there

Something Ms Ardern has so far managed to avoid becoming involved in is the fast-growing protest over land earmarked for housing development at Ihumātao near Auckland Airport.

Māori have been served with eviction notices but they will not move. People have been arrested and hundreds of their supporters are moving in, Green Party MPs among them.

The prime minister said the government could not intervene.

"Ultimately we are falling on the side of the local iwi (who favour the housing development) and their position.

"They are not the ones leading the protest here and so if we come in over the top it really would be undermining the local iwi."

How long she is able to maintain that position depends on how serious the situation becomes. The buck usually stops with the Beehive.

In Britain and around the world Boris Johnson becoming UK prime minister was one of the big stories of the week. He's vowed to take the UK out of the European Union by 31 October, no ifs or buts.

He's hugely enthusiastic about his country's future and just as hugely controversial.

"He knows New Zealand well and that at least is a really positive starting point for our relationship," she said.

Foreign Minister Winston Peters made his views known well before Mr Johnson got the job. He told a select committee hearing he knew it was going to happen. Mr Johnson was his good friend and that meant a great start to bilateral relations.

"This is a guy who can be on and off, he's got that buffoon-like quality."

Pestered to explain what he meant, he went on: "It just means someone who sometimes get a bit of marmalade on his chin, who sometimes doesn't say the right things, whose personal life is interesting."

By way of recovery, he added that Mr Johnson was also very smart.