Former Auckland mayor John Banks won't be having another crack at the job, saying he would take too many votes away from John Tamihere. 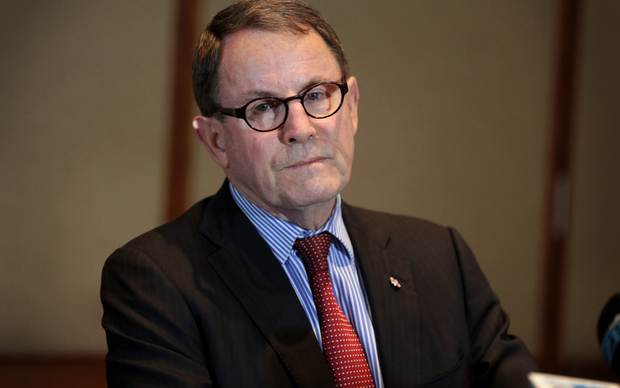 John Banks has dropped out of the race to be Auckland's next mayor Photo: RNZ / Diego Opatowski

Mr Banks had said earlier this month he was considering running for mayor and was building a team to help him.

But in a statement today he said he carried out research - including focus groups and polls - that suggested that would not be a good idea.

The research found that he was the second most popular choice for mayor.

However, it also found he would take too many votes away from candidate Mr Tamihere and not enough away from current mayor Phil Goff who is running again, Mr Banks said.

Mr Banks initially tried to encourage other like-minded people to run but could not convince them and that's why he considered a tilt himself, he said.

He would instead vote for Mr Tamihere who is running with his former National Party colleague Chris Fletcher.

Both Mr Goff and Mr Tamihere have Labour Party backgrounds and National has said it would not back anyone in this year's race.