Drone users might soon need a license to fly one, and could be pinged by police and seized if they break the law. 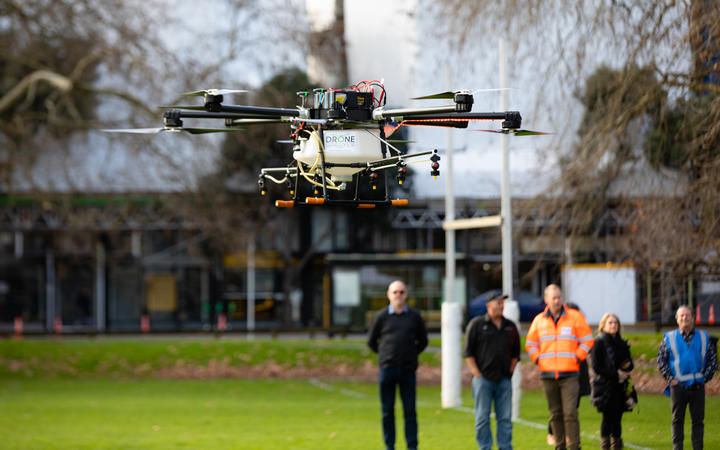 The government's looking at a broad range of drone regulation, which supports commercial use, but protects citizens and spaces - such as airports - from unlawful activity.

Last year 50 times more drones were used in New Zealand than there are planes in the country - 77,000 by Kiwis, and more than 200,000 drones by tourists in the country, compared with only 5000 piloted aircraft.

The US Federal Aviation Authority thinks commercial drone use will grow 10 times between 2016 and 2021, and hobby drones will triple in the same timeframe. The government expects similar growth here.

Transport Minister Phil Twyford this morning set out how drones can be better incorporated in to the transport sector, and said the Ministry of Transport was currently consulting on the potential for new powers.

Mr Twyford said in the coming decades almost every economic sector would benefit from drones, and recreational uses would increase.

"New Zealand has an opportunity to be at the forefront of drone technology with sectors like forestry, agriculture, and conservation already harnessing their abilities." 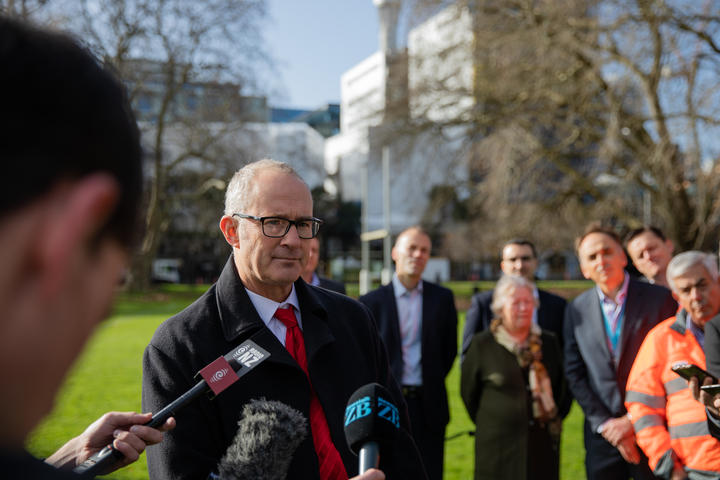 However, he said with great benefits comes the potential for harm.

"A range of measures are being considered, including the possibility of mandatory registration for drone users and drones themselves, electronic identification of drones, and pilot competency requirements for people flying drones," Mr Twyford said.

"Measures such as geofencing and remote identification are also being considered, to mitigate the risk that drones pose, particularly around airports."

UAVs - unmanned aerial vehicles - have a wide range of uses. From agriculture - fertilising farms, spraying gorse and herding livestock - to search and rescue operations, to inspecting high-rise buildings, powerlines, and bridges. Amazon has trials to deliver packages autonomously by drone, aiming for express drop-offs in America in 30 minutes or less. Future uses could include autonomous air taxis to move people.

However, some potentially catastrophic risks have already been seen here - hobbyists getting in the way of planes and helicopters.

"All around the world after the Gatwick incident last summer, authorities and airports are grappling with this. There are a number of tools - geofencing technology is moving quite rapidly, and there is the ability to use electronic means to interfere with or land a drone that is in airspace where it shouldn't be," Mr Twyford said.

Commercial operators, people flying at night, or those with large drones already have to be certified. But the government doesn't know who buys and flies off-the-shelf drones, which makes laws hard to enforce.

"There would have to be a regime of clear rules with penalties and a compliance regime. There's too much at stake here not to have some kind of serious enforcement regime," Mr Twyford said.

It's not known how licensing regulations might work for children, as UAVs become cheap enough to be given as "toys".

Airways manages air space and navigation for our airports. Its chief executive, Graeme Sumner, said the biggest concern was a collision between a drone and a plane - and there have already been near misses.

Although, Mr Sumner said it was a very low risk, but the consequences were large.

He said they have a world-leading drone detection system in place, but the technology was not perfect yet.

"I think we've got good systems in place to manage, but at the moment it's very inefficient," Mr Sumner said.

"When we know there's a drone in the space what we're having to do is close the airport for 15 minutes, to ensure that we have a free landing area. That's not desirable; you want to be able to keep the airport open, know where the drone is, and notify the relevant authority."

AirShare is the drone information hub in New Zealand, and has an app which shows where aircraft are and lets drone users log flight requests.

Its chief executive, Trent Fulcher, said drone regulation was in its early days and it was still being hammered out around the world.

"What we're talking about is how can we educate someone with the basics of how to fly safely at the point of purchase," Mr Fulcher said.

"Other jurisdictions are doing that when you buy a drone in the store, you download an app and do your training on the spot, and some of the benefits of the drone aren't unlocked until you're able to pass the test. So there are some really great uses of gamifying the technology to embed traning in the experience, and people start flying safely from the beginning."

Mr Twyford said regulation was a balance between supporting the industry's clear potential for growth, and managing safety and privacy issues that crop up.

He said the industry could be worth $7.9 billion to the economy over the next 25 years. The ministry will now seek feedback from the industry and the public, and hope to have regulations put forward in the next year.

"We acknowledge getting the regulations right will take some time, but it's improtant we take the time to get it right."