Cabinet has until next month to decide whether to further extend New Zealand's deployments to Iraq and Afghanistan or end them. 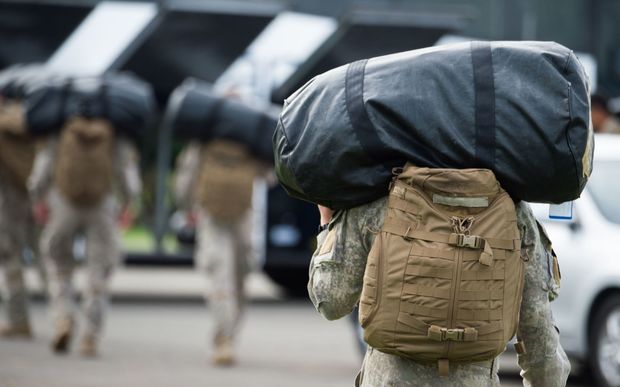 Defence Minister Ron Mark said the security environment after the Christchurch mosque attacks will be one factor ministers take into account in making the decision, alongside foreign policy considerations.

Last year the coalition government extended the Iraq deployment until the end of next month, while Cabinet considered the long term future of New Zealand's contribution to the US-led operation against Islamic State.

New Zealand has been in a joint mission with Australia, training Iraqi security forces in Taji Camp since 2015. The latest Defence Force rotation left for Taji at the start of the month and could be New Zealand's last.

The clear message from the government last year was both the Iraq and Afghanistan deployments would be extended to fulfil commitments New Zealand had made, but complete withdrawals would be considered this year.

Even then, the size of the Iraq mission was reduced from 143 personnel to 121, with most based at Taji Camp.

The landscape has changed considerably in Iraq since last year's decision, including victory being declared over ISIS in neighbouring Syria.

Mr Mark said while that might be a victory on the ground, it was not a victory over the ideology.

There were numerous foreign policy considerations as well as those at home, he said, including the security environment in the aftermath of the Christchurch shootings.

"Everybody in the 'defeat-ISIS' coalition understands and accepts this is going to continue for quite some time.

"ISIS is fluid, it's adjusting the way in which it operates as we fully anticipated it would and I don't think anyone's blind to the fact that ISIS is arguably going to go back into what they have done in the past - rely on pure terrorism, extremely violent terrorist at that", said Mr Mark.

"ISIS has basically been removed from the battlefield in Syria and Iraq, there's is no doubt about that.

"But there's a lot of fighters that weren't killed on the battlefield; they will be getting reorganised and the leaders are still around. And so if there's a vacuum created, then they will come back in and fill it very quickly."

New Zealand troops were sent to Afghanistan under Labour prime minister Helen Clark as part of the international response to the September 11 attacks in the United States.

A two-year Iraq deployment was signed off by the National government in 2015, which was subsequently extended.

"Our troops are in Iraq and Afghanistan as a result of a decision made by [National prime minister] John Key to have them there for two years, the end of this deployment as well overdue, that was a broken promise."

While the March attacks had to be considered in the context of national security, she said they highlighted another, more historic conflict.

"The March 15 attack is part of the broader narrative of Islamophobia that came about in the post-911 world where George Bush started to draw battle lines and call parts of the world the axis of evil and we saw Islamophobia on the rise, extremism against Muslim minorities in the West on the rise.

"So we can't separate it out from that."

Mr Mitchell said New Zealand should stay the course until the risk of ISIS or other groups no longer existed - "when we've satisfied ourselves with a high level of confidence that a terror group like ISIS can't come back and re establish Caliphate or re-establish a footprint in which to start launching broader and wider attacks".

New Zealand has 13 people from the Defence Force in Afghanistan. The decision was made last year to extend that deployment until the end of September but Cabinet will make a decision about its longer term future next month.