The National Party is accusing the Regional Economic Development Minister of a "cover-up" due to his conflicting answers about a court case. 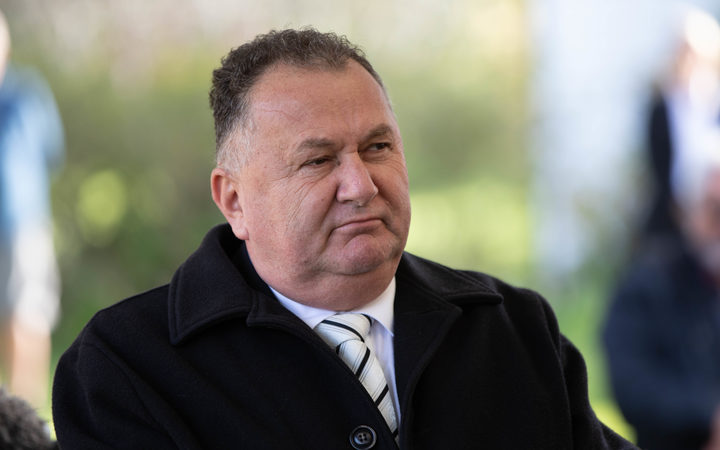 Shane Jones has been under scrutiny regarding his communications about a prosecution involving the NZ Transport Agency (NZTA) and a Northland trucking company, Semenoff Logging.

The company, which carries an estimated 15 to 20 percent of the Northland log trade, faces court action over alleged safety breaches.

But he later told RNZ he had "never once" discussed it with the acting CEO.

In response to an Official Information Act request, NZTA confirmed "a brief conversation" did take place at the end of an unrelated meeting on 25 March.

National MP Paul Goldsmith said Mr Jones' story had been "all over the place" in what looked like a "cover-up".

"He has a different story on every different day. It's very hard to pin him down," Mr Goldsmith said.

"I heard him on Morning Report on RNZ saying he hadn't spoken to the CEO about the case. He denied it point-blank.

"We now have official documents showing that's not the case."

Mr Goldsmith said it was "totally inappropriate" for Mr Jones to seek information about the case from the Transport Agency.

"Ministers are not meant to involve themselves at all in independent regulatory authorities' decisions about prosecution.

"He shouldn't be interfering or involving himself in any way."

A spokesperson for Mr Jones turned down an interview request, saying the minister had "commented extensively on this issue since it arose" and had no further comment to make.