Māori justice advocates have renewed the fight for a separate justice system for Māori, saying the outcomes for them are still getting worse and they should be able to take the lead under Te Tiriti o Waitangi. 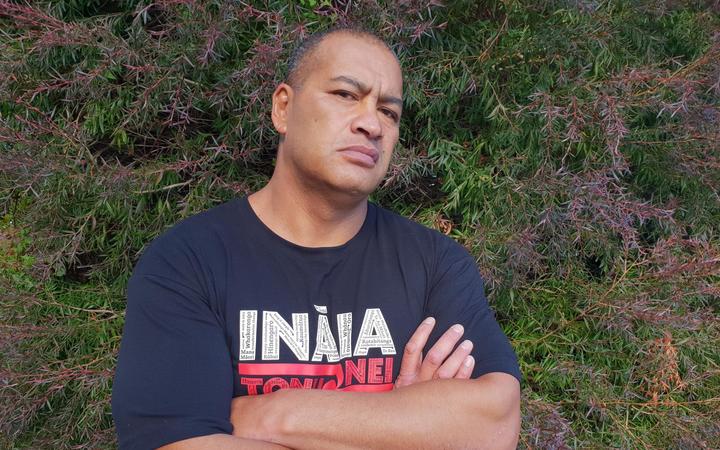 Government statistics reveal Māori are more likely than non-Māori to be picked up by police, convicted in court, and locked up in jail.

Taane Puru, who was in and out of prison for 25 years, says he kept his guard up in the system because those in charge were rarely Māori and didn't relate to him.

Former inmate and justice reform advocate Billy MacFarlane said the system was stacked against them.

"One noticeable reason was that there's just not enough Māori representation at a higher level of decision making and the institutional racism that's going on needs to be addressed and not just in a justice system but in our country in general."

A national Māori justice hui in Rotorua at the weekend drew in more than 170 people, and criminology academic Tracey McIntosh says the message was clear.

"What was coming out of the Māori space was real real transformation ... no real restriction on the possibilities of what could be done. We have to be able to put it on the table to state it so that we can work towards it."

There are some initiatives that operate through tīkanga Māori, such as youth court being held on marae.

But Mr Puru says Māori should have their own system through the Te Tiriti o Waitangi partnership.

"There needs to be a whole new clean slate because all the laws and all the rules at the moment is made from Pākehā, which seems to be working for Pākehā but is not working for Māori, so we need to get back on that power and get the 50 percent power so we can have a say in who makes rules and the laws in Aotearoa.

Prisons did not exist in Māori culture before colonisation and there were resounding calls at the hui to adopt a traditional Māori approach, where people are held accountable to their whānau and iwi and supported through adversity.

Justice Minister Andrew Little agreed that the current system was not working and told Morning Report it needed to be looked at.

"The way the system is dealing with Māori who wind up in the criminal justice system clearly isn't working."

Mr Little said at the hui it was clear the sorts of things people were talking about, the people who turn up in the criminal justice system are there because of failures much earlier on - failures in their childhood, in their whānau and family and community settings, failings in the education system and failings in the health system.

"There are failures earlier in young people's life that lead them to entering the criminal justice system, whether that be being arrested by police, turning up in court or ending up in prison and when they are there we are not addressing the issues that led them to their offending."

Mr Little said it was clear from the hui that Māori want a voice at the most senior levels of representation.

He said we should continue to have one system but a system that is mature enough and sensitive enough to deal with the differences of the people who turn up in front of it.

"We can do better than what we've got at the moment."

Lawyer Annette Sykes said the fact people who went through kura kaupapa or Māori immersion schools rarely end up in court or jail speaks for itself.

"It's quite wrong to say Māori don't have our models, we have them.

"What is wrong is that those models are quite often substituted with ill-conceived and ill-designed models by western philosophers and western practitioners who do not even take the lead from Māori as to whether their instruments of incarceration or confinement are appropriate in Māori whānau."

She said things have gotten so bad that in the past 35 years, Māori women have gone from making up eight percent of the female prison population to 67 percent.

Ms Sykes wants to see resources devolved from the government to iwi.

"Now until we have real significant changes ... we may only find that we exacerbate a problem that is at such a crisis level at the moment that there will be an uprising because our stories were so sad that our people were saying that 'enough is enough we cannot do this anymore'."

A report on the weekend's hui will be made public next month.