Winston Peters isn't backing down over comments he made about Muslims during a 2005 speech titled The End of Tolerance. 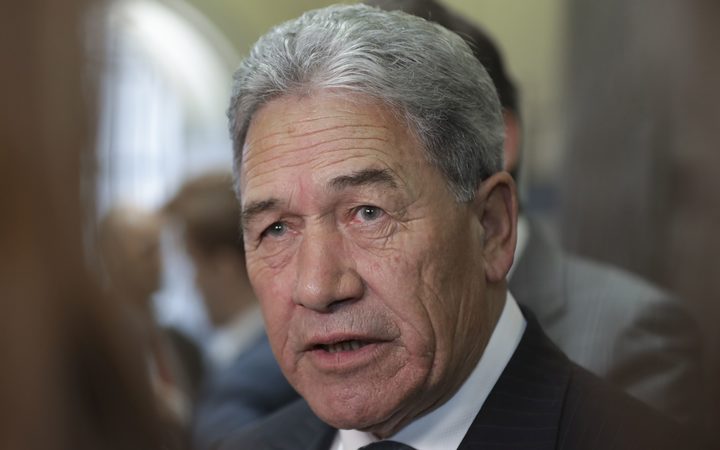 In that speech, he said New Zealand has always been a nation of immigrants, but not of Islamic immigrants.

"In New Zealand the Muslim community have been quick to show us their more moderate face, but as some media reports have shown, there is a militant underbelly here as well," he said.

"These two groups, the moderate and militant, fit hand and glove everywhere they exist.

"Underneath it all the agenda is to promote fundamentalist Islam.

"Indeed these groups are like the mythical Hydra - a serpent underbelly with multiple heads capable of striking at any time and in any direction."

In that speech, he also suggested asylum seeker Ahmed Zaoui must "chuckle at the naiveté and innocence of his supporters who clearly have no understanding of radical Islam."

Mr Peters told Morning Report the comments were made in the context of recent terror attacks in London and that Imams around the world were saying the same thing.

"I was talking about extremism and I don't resile from that."

More recently, Mr Peters was under pressure when his MP Richard Prosser, in 2013, said in a column for Investigate that Muslims come from a country called "Wogistan" and that all young men who look like Muslims should be banned from flying.

Mr Prosser called Muslims a "sorry pack of misogynist troglogytes from Wogistan, threatening our way of life and security of travel in the name of their stone age religion."

He suggested young men between the age of 19 and 35 who look Muslim, are Muslim, or are from a Muslim country not be allowed to fly on Western airlines.

"Go ride a camel instead," he said.

At the time, Mr Peters said that while Mr Prossers' view was unbalanced, "there is an element of truth to what he is saying."

Mr Peters told Morning Report he didn't defend Mr Prosser, instead he sent him to the mosque to get an education.

"He went down to the mosque and for two weeks he got an education and he resiled from ever saying those things again."