The Prime Minister is on her way back to New Zealand after what she describes as warm and constructive meetings with the Chinese leadership. 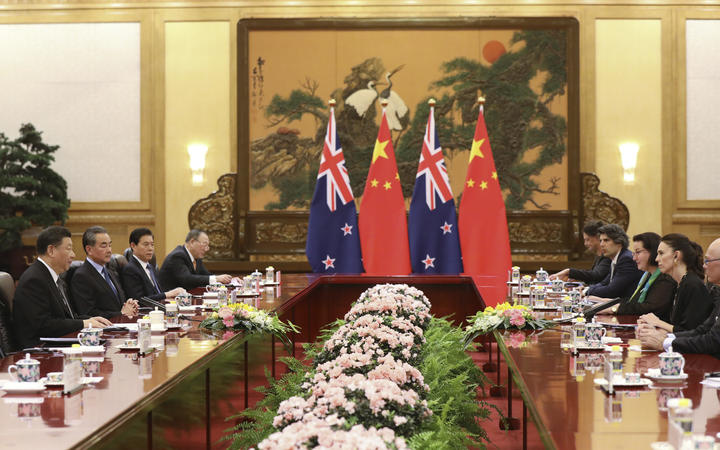 She met with President Xi Jinping, who described New Zealand as a sincere friend, but one where there'd have to be mutual trust to create new opportunities in the future.

Negotiators working on the upgrade of New Zealand's free trade deal with China have also been given a message from the top to get on and reach a deal, following her brief but busy visit.

Ms Ardern emerged from a meeting with Premier Li Keqiang saying they agreed to hold the next round of FTA upgrade talks and get a deal done as soon as possible.

President Xi Jinping said as Prime Minister, Ms Ardern had on many occasions expressed a commitment to China New Zealand relations, recognising she was still dealing with the aftermath of the Christchurch shootings.

"You come to visit us when there are unusual circumstances and urgent tasks at home; your presence here fully reflects the importance placed by yourself and your government on China New Zealand relations," he said.

Her visit, he said, proved that "special commitment", and he expressed his "deep sympathy".

But for any new opportunities, he said, the two sides "must trust each other, pursue mutual benefit and strive to open up new grounds" in the bi-lateral relationship.

Speaking to reporters afterwards, Ms Ardern said she didn't see the President's comments as an expression of mistrust.

"I wouldn't describe it that way at all, I think what's important that the differences between us certainly should not and will not define the relationship.

She said she explained the legislation governing Spark's bid to use Huawei as part of the 5G rollout, and where the process was at.

"What both parties are looking for is transparency around the process, and that the law is applied fairly and equitably and that's certainly a point that I've made that through our legislative process that does not discriminate based on country or vendor", said Ms Ardern.

When asked if China had indicated its likely response if the bid was ultimately rejected she said that was "not the nature of the conversation at all".