Prime Minister Jacinda Ardern has opened an official book of condolences for the victims of the Christchurch attacks with the words "they are us". 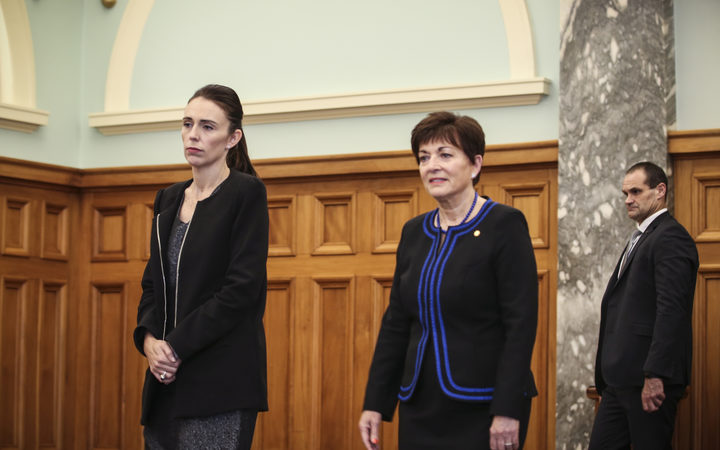 Flanked by two New Zealand flags and alongside a small bouquet of red roses, Ms Ardern and Dame Patsy wrote their messages in silence. Both were dressed in black.

The prime minister's message read, "On behalf of all New Zealanders we grieve, together we are one, they are us".

Dame Patsy wrote: "All of the communities in Christchurch and around New Zealand who are suffering, our thoughts and hearts are with you".

Access to Parliament was severely restricted today, with a number of security measures in place. 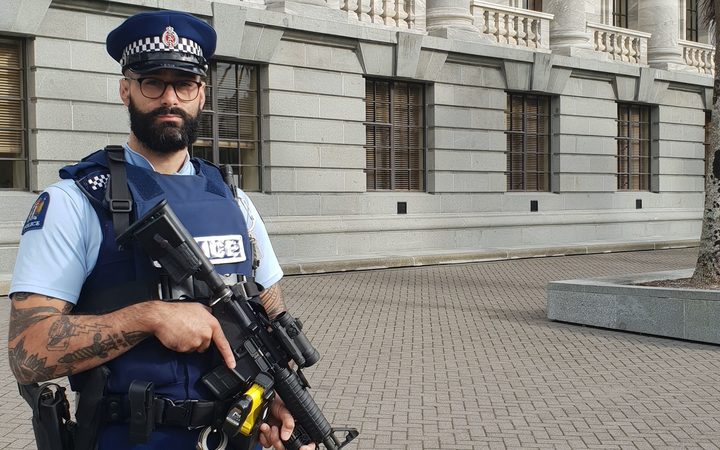 A condolence book was also available at the National Library.

Speaker of the House Trevor Mallard wrote: "On behalf of all parliamentarians in New Zealand and many other Parliaments who have contacted me I place on record our horror and our love at the same time".

Education Minister Chris Hipkins wrote: "My heart and my thoughts are with all of the people of Christchurch and the Muslim community here in New Zealand and around the world you are welcomed, loved and respected". 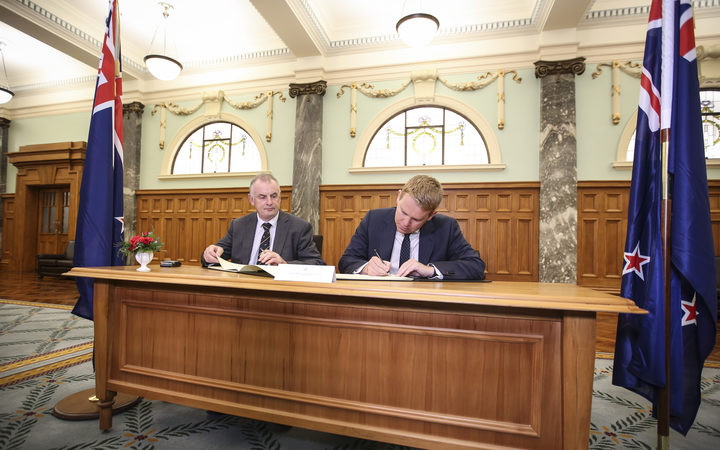 In a statement Ms Ardern said New Zealanders had been shocked and deeply saddened by Friday's terrorist attack.

"We have already seen a huge outpouring of love and support from across the country for those affected and for the wider Christchurch community. These actions represent the true values of New Zealanders - love and compassion.

"The Muslim community in New Zealand have experienced the most horrendous attack on them imaginable. While it is a small action, the condolence book offers an opportunity for New Zealanders to unite and express our opposition to hate and state our commitment to the values of love and compassion," she said.

'There are just no words to express how awful it is'

Members of the public began signing the books soon after they were made available in the National Library and in the main entrance to Parliament.

Some struggled to find the right words and walked away before returning to write their thoughts.

Vanessa Blackwood said it was hard to express her feelings.

"There are just no words to express how awful it is, how horrified I am by it and how much New Zealand is in mourning right now," she said.

"There should have been more done to protect people, to protect the Muslim community. They're welcome here, they're loved here and this white supremacy can never be allowed to happen again."

Ms Blackwood said the condolence books were important for the public.

"No-one knows how to adequately mourn for something like this. This has never happened before in New Zealand. I think nobody knows how to express how grief-stricken they."

Robert Moffitt said he knew one of the victims, halal meat-worker Imran Khan.

"I worked with him, I met him on numerous occasions outside of work. He was such a gentle, kind person," he said.

"This is something that should have never ever happened in our country, but I guess we're no different to anywhere else in the world now, that's something that's been brought home to me.

Paul Le Ceve said he wrote that his thoughts and prayers were with the families of the victims.

He said the condolence books were a useful way to share their thoughts about the tragedy.

"It's important because I think the country as a whole needs to know how people are feeling, the general public are feeling and that's one way of doing it, is by asking people to write something."