The government has announced a raft of new rules for rental properties, with a strong focus on heating and insulation. 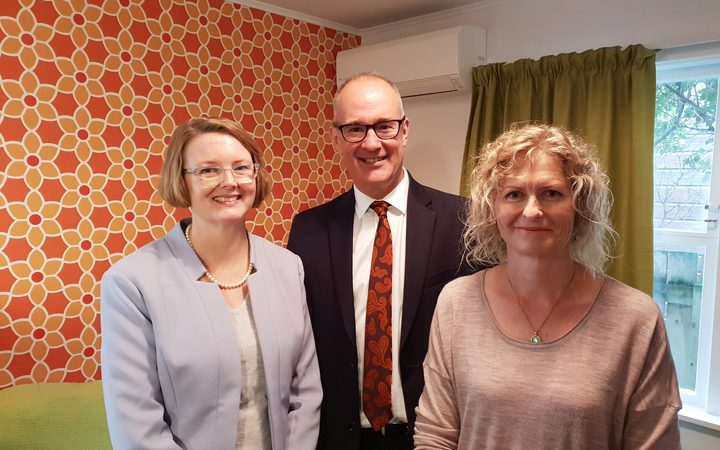 He said it was estimated that 200,000 families live in rental homes that do not have ceiling or underfloor insulation, and each year 6000 children are admitted for housing-sensitive hospitalisations.

Under the new rules, rental properties will be required to have ceiling and underfloor insulation that meets the Building Code standard or has a minimum thickness of 120 millimetres.

Heaters that can heat a living-room to 18 degrees Celsius will also be required, plus rangehoods or extraction fans in kitchens and bathrooms.

All rentals will have to meet the standard by 1 July 2024, or face penalties.

Mr Twyford said up to 2000 inspections to check properties are up to standard would be able to be carried out each year.

He said the new requirements could cost landlords up to $7000 but he doesn't expect them to push rental prices up.

He said the standards are crucial.

"The bottom line here is that the cost of doing nothing is far too great for us as a nation. We cannot continue to send 6000 children off to hospital every year,'' he said.

Green Party co-leader Marama Davidson said she was two years ago living in a home that had holes in the kitchen wall, no ventilation in the kitchen or bathroom and poor insulation.

"The home that I lived in, which was making my children sick, would have been healthier with these compliance standards.

New Zealand Property Investors Federation chief executive Andrew King said tenants would ultimately pay for improvements to rental properties under the government's new rules, so they must be cost effective.

Mr King said his organisation was supportive of quality standards in rental properties and fully supportive of the Minimum Standards legislation of 2016.

He said they also support fixed heating in rentals.

"Heat pumps are a great source of heating for some tenants, and the NZPIF has arrangements with suppliers to help members provide these tenants with heat pumps.

"However, they are expensive to buy, install, maintain and replace so will increase rental prices by around $15 per week. This means tenants who do not want and will not use a heat pump will still be paying for it through higher rent."

Lynley Thomas, who owns six Wellington properties, said that in some cases that cost will be passed on.

Ms Thomas, who was at the announcement at one of her rental properties in Lyall Bay today, said while she won't pass it on to her tenants, some landlords will.

"Properties who have property managers, obviously it's a lot more work on property managers to get those standards in place. So that will cost the landlord - flow-on effect - so that may in turn be a cost to the tenant."

Green Building Council chief executive Andrew Eagles said he welcomed the new standards but they would take too long to come into force.

He said too many New Zealanders live in homes that are unhealthy, and too many children are ending up in hospital due to terrible, unacceptable housing.

"Everyone who wants to fix this ... and help make our homes healthy, warm and dry places to thrive in, to build lifelong happy memories in, will welcome this announcement as a much needed shift towards a better, kinder New Zealand," Mr Eagles said.

"But today's announcement is not quite good enough. Housing New Zealand homes won't fall under these standards for another four years. That's too late. New Zealand has waited way too long for moves like the one today, and there's no time to waste to improve the sorry state of all our rental homes."

Mr Eagles said there were also some details lacking around important issues including draughts and heat. He said these need to be completed and made public sooner rather than later.

"These new standards have big implications for businesses and supply chains, like heat pump providers for instance, who will need to gear up."