Mr Morrison will be formally welcomed at Government House in Auckland after midday and the two leaders will hold formal talks in the afternoon.

Jacinda Ardern said there would be a wide range of topics on the agenda including those that were raised every time they meet.

"Issues around citizenship, deportation, of course we always have a standing item around regional issues, regional security and we are both stepping up our roles in the Pacific so there is a conversation to be had there."

The Christmas Island facility closed last October when about 239 men were shifted off the island.

At its peak in 2010, almost 2500 people were held there as Australia faced unprecedented numbers of asylum-seeker boat arrivals.

Ms Ardern said the reopening of the centre would be discussed.

"This is one of the agenda items more broadly that we have had in our exchanges across ministers, and myself across a number of months and will continue to be an agenda item." 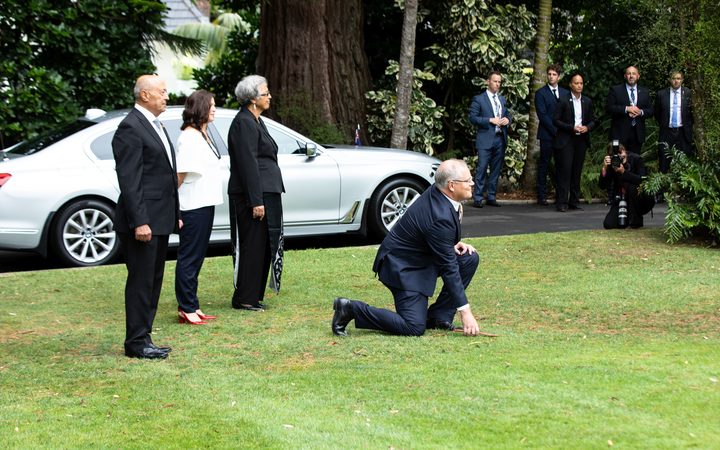 Ms Ardern said the coalition government had always had a consistent position on detention centres.

She said the issues around Huawei wanting to be part of the 5G rollout in New Zealand is not something she is explicitly setting out to discuss, but did not rule out it being on the agenda.

In August last year Australia blocked Huawei from building the country's 5G network, and in New Zealand Spark is still deciding whether or not it will submit a revised proposal to the GCSB in hope of partnering with Chinese company Huawei to deliver 5G to New Zealanders.