Business and farmers are among those critical of the Tax Working Group's proposal for a broad capital gains tax. 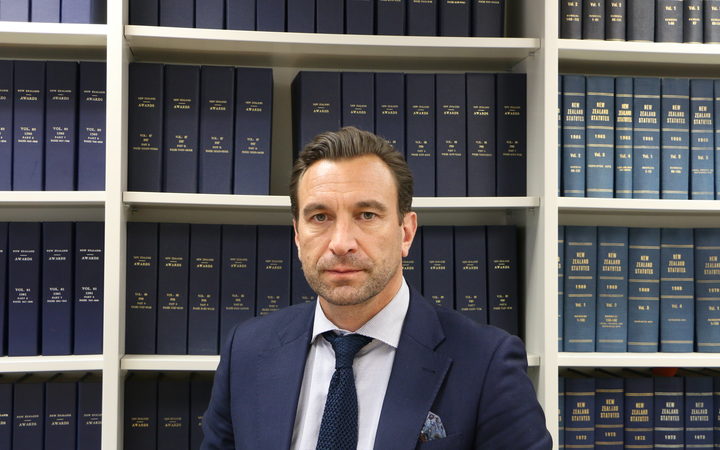 Business New Zealand chief executive Kirk Hope said on balance a capital gains tax would introduce "a lot of cost for no gain, and a lot of pain for taxpayers". Photo: RNZ / Supplied

The group has proposed wide-ranging changes that would include taxing land, farms and most shares and business assets - including the bach - but in most cases will not touch the family home.

There is strong support for it from unions and some environment groups which say the reforms are the best way to truly make the system more fair.

But one of the biggest criticisms of a broad capital gains tax is how complex it will make New Zealand's tax system.

The government is responsible for tax compliance - through the IRD - and Business New Zealand chief executive Kirk Hope said it already struggled with that.

"We've got a relatively simple tax system at the moment which is really quite easy to comply with and yet we still have some compliance issues," he said.

"I'll give you an example. In the area of housing and in terms of capital gains, there is about 50 percent compliance."

He was referring to the "brightline test" introduced under the previous government which acts as form of capital gains tax on property onsold in under three years. The current government raised that to five years.

Mr Hope and two other members of the Tax Working Group filed a minority report opposing the proposed expansion to taxing capital gains.

"It would not significantly reduce over-investment in housing or increase tax fairness. So on balance we'd be introducing a lot of cost for no gain, and a lot of pain for taxpayers," he said.

One example of the complexity of the proposal is the four pages of exemptions on the family home.

The terms of reference ruled out a tax on the family home and the land under it and told the group not to touch GST or inheritance tax.

One of the exemptions would tax a family home if a person chose to move overseas. As soon as they did so their New Zealand home would no longer be considered their primary residence and would be subject to tax on any capital gain.

Right wing thinktank the New Zealand Initiative pointed out the proposal would put New Zealand among the harshest capital gains taxing countries in the world.

"When you start to apply the highest rates, it means companies and individuals will think twice when they look to New Zealand for investments. So that has the potential to dent investment in New Zealand - which is something that we really need."

Council of Trade Unions president Richard Wagstaff said the point of this was to come up with a way to make the system more fair.

He said taxing those with the most income and assets was simply the best way to do that.

"We hope that the government has the confidence to put in place what we need, and isn't shouted down by vested interests which are trying to avoid paying tax."

Mr Wagstaff said that would mean those on very low incomes would see less come out of their pocket each week, and he hoped that would be introduced alongside higher taxes on companies, taxing capital gains on assets and freezing the top income tax rate.

Farmers will be listened to - Winston Peters

Farmers object to the Tax Working Group's proposal that land sold outside of the family will also be taxed on the capital gain.

The group also recommended immediately including farmers in the Emissions Trading Scheme, taxing water polluters and even a fertiliser tax.

But New Zealand First leader Winston Peters - who will be the biggest roadblock to any potential tax reform - is indicating nothing will make it across the line without farmers' input.

"We're going to ensure that they get their voice heard, and are listened to as well," Mr Peters said.

City-slickers aren't exempt either. The report suggests introducing congestion pricing in Auckland, which would mean paying to use busy roads at peak times.

The proposals are intended to be taken as a package of reforms, and the working group suggests it would end up revenue neutral. That means potential across-the-board tax cuts, and reduction of taxes on savings for retirement.