Foreign Affairs Minister Winston Peters has dismissed any suggestions from the opposition that government ministers are being blocked from visiting China. 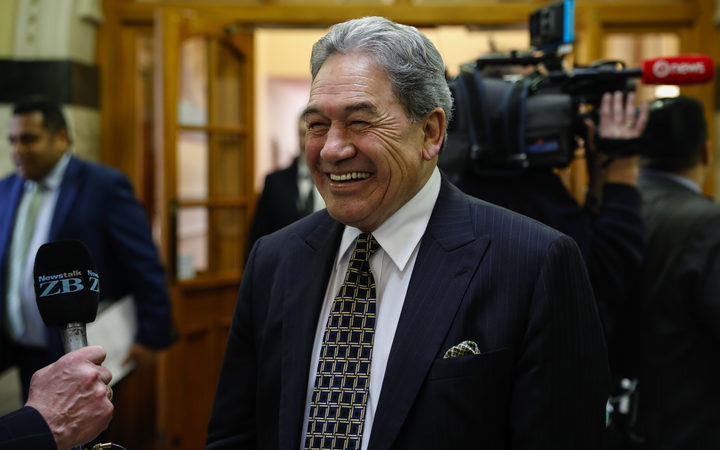 National Party leader Simon Bridges yesterday used the first question time of the year to grill Prime Minister Jacinda Ardern on whether members of her executive were still waiting on approval from China before they could visit.

Mr Peters said there was no basis for Mr Bridges' claims and plenty of ministers had already visited China since the coalition government was formed just over a year ago.

"He just made that up, there's no evidence, no proof, he just made the allegation and walked away from it. The truth is that six ministers have been to China.''

Throughout the week there have been stories prompting questions about whether there had been a significant cooling of the relationship, including the Air New Zealand flight turned back from Shanghai, and a postponed tourism event.

The latest development is full page ads from the Chinese telecommunications company Huawei reading "5G without Huawei is like rugby without New Zealand."

Ms Ardern has received a formal invitation to visit China, but has not yet secured a date.

Mr Bridges pushed Ms Ardern on whether there was more to it than she was letting on, asking whether five of her ministers were currently seeking visits to China and whether they were currently waiting for agreement from China to visit.

Ms Ardern responded that a number of ministers had already visited and there was "ongoing engagement" which means at any time there will be ministers working on visits.

He said he had seen no evidence of any roadblocks or stalling from China over ongoing negotiations to upgrade the decade-old free trade agreement with China.

"We intend to continue to progress that this year, we continue to work with the Chinese administration in respect of WTO reforms,'' he said.

Regional Economic Development Minister Shane Jones visited last year, along with some forestry industry representatives, and bragged that he wouldn't have any issues when he decided to return again.

"I don't think I'm one of these losery politicians that's apparently not allowed to go to China, in fact I'm very popular with the Chinese - I think they see a kindred industrial spirit.''

Tourism Minister Kelvin Davis said he hadn't received a formal invitation to visit China but was looking forward to doing so at some stage this year when it suited.

"We've looked at a few dates, the advice I've received is that earlier in the year is not that convenient in China so it will happen when it happens.''

Ms Ardern conceded in Parliament yesterday that there are challenges with China, but said that's what comes with having an independent foreign policy.

Mr Peters backed up the prime minister saying New Zealand doesn't always agree with Australia, the United States or the European Union, but it was a case of getting on and cultivating as many friendships as possible.

Mr Peters said New Zealand had beefed up its representation in China and he too planned to visit this year.