National Party ranks are backing leader Simon Bridges, despite a significant drop in his popularity in the latest poll. 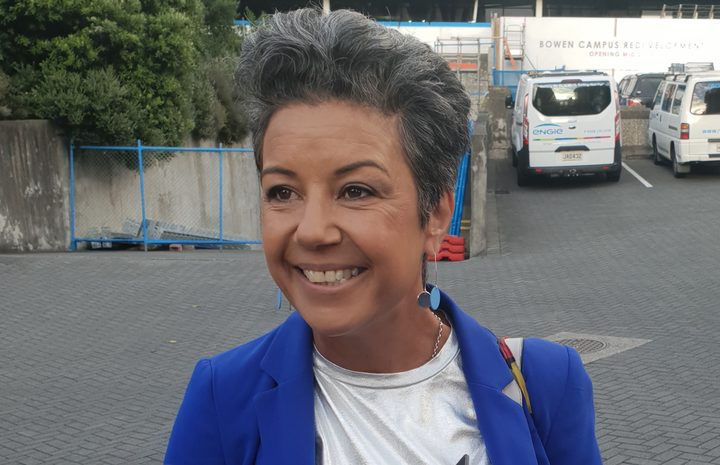 In a Newshub Reid-Research poll the National leader's popularity fell to 5 percent, while National MP Judith Collins rose to 6.2 percent in the preferred prime minister rankings.

It is also the first time in the poll's history that Labour has pushed ahead of National in the party rankings, picking up 4.9 percentage points to 47.5 percent. National dropped 3.5 to 41.6 percent.

National MPs arriving at Parliament this morning backed Mr Bridges as leader despite the low polling.

"I think we've got a wonderful leader," said senior MP Louise Upston. "Polls are nothing. Simon Bridges is doing an awesome job and we're focusing on what matters to New Zealanders."

In response to a question as to whether the leadership of the party might be discussed at the party's caucus meeting this morning, senior MP Gerry Brownlee said "I don't think it's up for consideration at the moment."

Deputy leader Paula Bennett backed Mr Bridges as leader of the party and was pleased to see Judith Collins was a popular MP.

"I think Judith is fantastic," she said. "She's a great member of the team and I think it's great people love her."

Senior MP Mark Mitchell agreed, while also ruling himself out from any potential leadership contest.

"It's good that we've got members of caucus that are popular and are seen to be doing a good job," Mr Mitchell said.

"I've stated very clearly that I'm not running for leader again. Simon was elected by the caucus as our leader, I'm 110 percent behind him."

The MP for Northland, Matt King, was the only one throwing a spanner in the works, backing both Mr Bridges and Ms Collins for the leadership.

"Look there's a number of people in our caucus that can lead our party and I'd be happy with any one of them.

"If Judith went for the job and had the support of the caucus I'd support Judith as well."

Ms Collins said she was not interested in the leadership and planned to work with Mr Bridges to win next year's election.

"Look I'm not even interested. My role is to stay very focused on holding [Housing and Transport Minister] Phil Twyford to account. And I think I've been doing - if I may say so myself - a reasonable job of that."

She told reporters ahead of the National Party caucus meeting this morning that leader of the opposition is "a terrible job".

"Opposition leader is the toughest job in politics and I've seen a few come and go," Ms Collins said.

"I'm a lovely sweet person, not given to that sort of toughness at all. I'm just sometimes resolute."

Mr Bridges said he was not worried about any leadership coup as a result of the poll results and did not believe National was losing public support.

"I think what they see is a strong team, that's got people that they like. I'm very confident and comfortable in my leadership."

He did acknowledge last year's saga in which the National Party lost a long-time MP, Jami-Lee Ross, as something that may have impacted his personal ratings.

"I had to deal with a difficult issue last year, it's there for all to see. That was disappointing for New Zealanders." 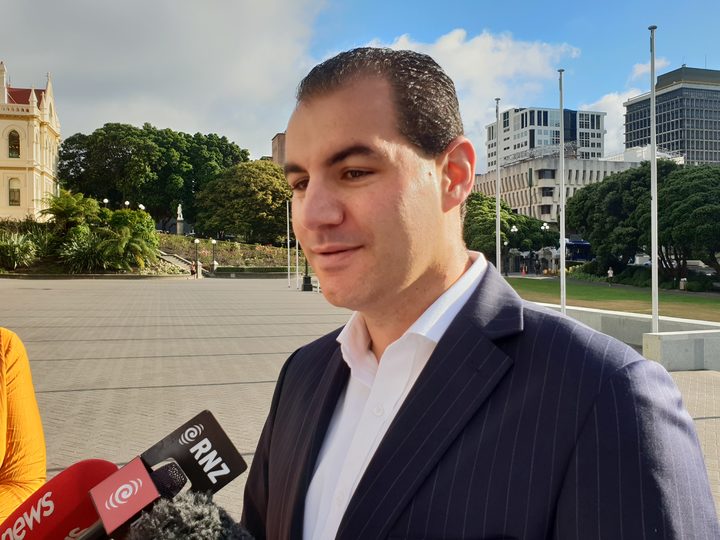 Former National MP Jami-Lee Ross also arrived back at Parliament this morning, for the first time since he left on medical leave last October.

He said he was not planning to make a fuss or stir things up and wanted to advocate for the people of Botany on issues like mental health and housing.

The independent MP said while his vote no longer mattered he thought there were some really good options for leader.

"It would be interesting to see how well the National Party would do if they had a popular leader. Simon Bridges is someone who's been out and met the public, they've got to know him and now they're giving their verdict on him," Mr Ross said.

"Amy Adams, Judith Collins, Mark Mitchell - I think they're all honest and hard working MPs and they would connect well with New Zealanders. But I don't get a choice in that any more."

Mr Bridges said Jami-Lee Ross should have resigned last year, but said the fact he's back doesn't worry him.

"We've moved on ... just in that room there [caucus] we expelled him several months ago. From my part that's ultimately where it ends," Mr Bridges said. 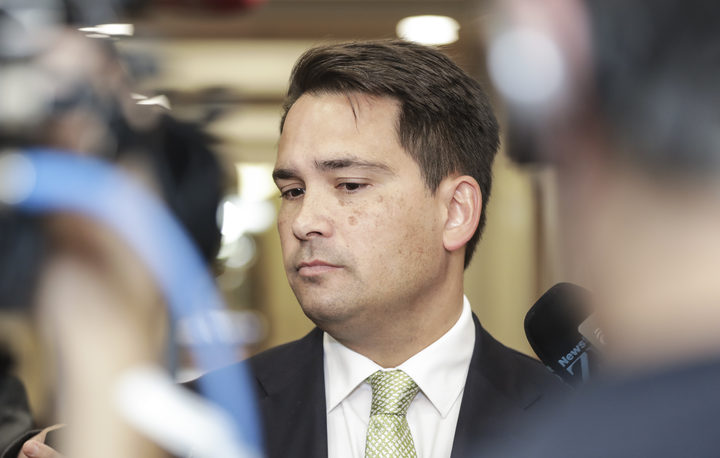 Mr Bridges has provided a written statement to police in regards to a complaint laid by Mr Ross last year.

Mr Ross accused Mr Bridges of electoral fraud, before handing over a recording to police in which the pair discuss a $10,000 donation from a wealthy Chinese businessman. Mr Ross then released the recording publicly.

Mr Bridges denied any wrongdoing, calling Mr Ross a liar and accusing him of defamation.

He stood by that this morning, saying he provided a written statement to police in the past week.

"That's been sent to the police. But I'm incredibly confident about that. As I said back at the time, this is baseless, scurrilous accusation."