The government's Provincial Growth Fund will spend $100 million on supporting Māori landowners to make better use of their land. 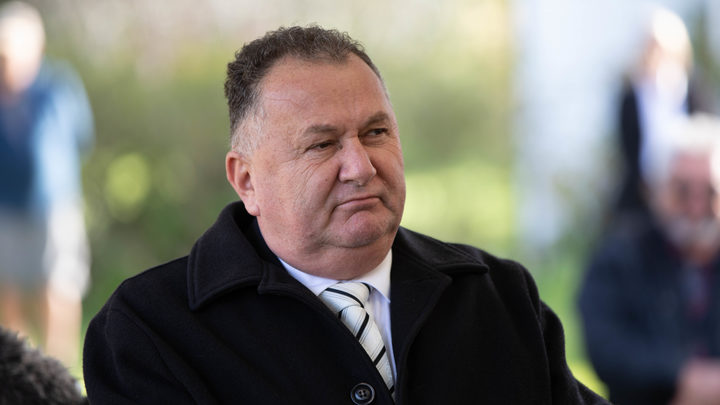 The announcement was made by Shane Jones and the Prime Minister at Kaipara this morning. Photo: RNZ / Dan Cook

The announcement was made this morning by Prime Minister Jacinda Ardern and Regional Economic Development Minister Shane Jones at Kaipara.

Ms Ardern said 80 percent of Māori freehold land is under-utilised and unproductive because the special status of some land makes getting loans difficult.

Ms Ardern said the new funding is designed to kick start economic development in the area leading to jobs.

The money is to be spent on projects that are investment-ready.

Mr Jones said the biggest barrier to development of Māori land has been lack of access to finance.

Greater productivity from Māori land would have enormous benefits for regional economies, he said.

Mr Jones also announced $19.4m to upgrade Kaipara's transport links. He said along with an extra $6.8m from the National Land transport fund the money will significantly boost infrastructure in the area.

The government will also explore upgrading Kaipara wharves and water transport to leverage more benefits from the harbour, the biggest in New Zealand.