The government has announced a $152 million funding injection into Gisborne and surrounding regions. 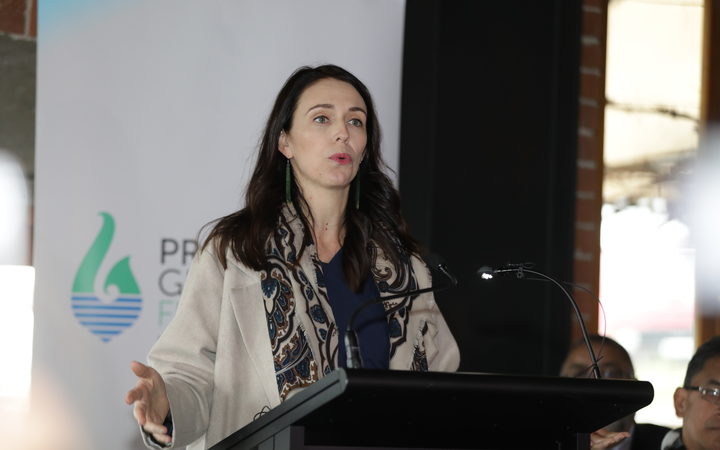 The largest is $137m over five years to go toward improving roads across the Tairāwhiti region.

"That's why the government is investing $152.7m through the Provincial Growth Fund to ensure that Tairāwhiti reaches its potential."

"The locals have repeatedly told me they need an efficient and reliable road network that better connects the community, helps them get goods from farm gates and forests to the local and global market, and supports tourism."

The $137m PGF investment would be topped up by $14.7m from the National Land Transport Fund, bringing the total road investment in the region to $312m, Mr Jones said.

About $13m has been set aside for tourism projects, including the development of the Titirangi summit and refurbishment of Gisborne's airport terminal.

The Titirangi Summit Upgrade will receive $6.1m which includes a new visitor facility and carpark.

The Mt Titirangi - Puhi Kai Iti Connection is expected to be ready by October 2019 for the 250 year commemoration events.

The PGF will lend $5.5m to help redevelop Gisborne Airport. The total cost is estimated at $12.5m and will be co-funded by the PGF, Eastland Group Ltd and the Eastland Community Trust.

"Tairāwhiti is the world's easternmost city and is relatively isolated from other population hubs. This means that efficient air travel is vital to the local economy," Mr Jones said.

"In the year to July 2018, international visitor spending increased by 17.9 percent and domestic tourists' spending was also up 17 percent.

"To capitalise on such strong growth, it's important that Tairāwhiti has an airport terminal that is accessible, and provides essential services and facilities."

Among the other initiatives are a $1.6m investment to restore the Cook Landing site reserve and $995,000 to help grow macadamia nuts on Maori land.

Tairāwhiti's forestry industry has also been given a funding boost.

PGF will invest $500,000 in the Far East Saw Mill ito increase wood processing capacity and get local people into jobs.

"Currently only four percent of raw logs are milled in Tairāwhiti, but there's potential for that to increase by up to 25 percent, which will add an estimated $120m annually to the region," Mr Jones said.

A further $300,000 has been set aside to pilot a forestry training course.

"The ManaiaSAFE Forestry School pilot course funded through today's announcement will reduce the current skills shortage by preparing individuals with the right skills needed to be successful and make forestry their career of choice," Mr Jones said.

"The pilot will take eleven trainees through 20 weeks of training, with the goal of gaining permanent employment. It will also contribute nine new jobs to the local community through the running of the course."